There is a classic principle of logic and problem solving that says something like “the simplest explanation is usually the correct one”.

It is known as Occam’s razor. 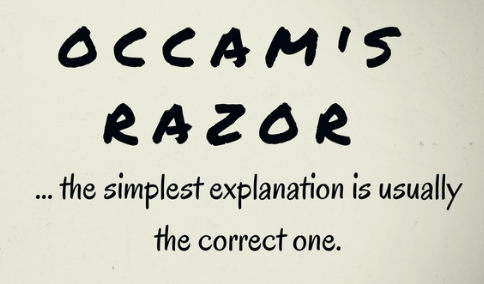 This week a news story showed this in it’s most graphic form after Dominic Cummings released Whatsapp messages between him and Boris Johnson regards the competence (or perceived lack thereof) of Matt Hancock.

There has been the issue with PPE (or lack thereof) despite colossal spending on a lot of PPE that either never arrived or was unfit for use.

The painfully expensive and poorly performing track and trace.

I could go on, but you get the idea.

Ultimately many of us just thought he was simply out of his depth and well……hopeless.

Turns out we were right, at least in the opinion of the prime minister.

Many of us thought it, it seemed the most obvious explanation and according to Boris (and Occam), it was correct.

And while it looks like Hancock will be cleared of lying about the care homes testing fiasco, not lying and being competent are two different things.

If you have not read it, Dr Malcolm Kendrick a GP who works in a care home and intermediate care (for patients not ill enough to be in hospital but not well enough to be sent home), wrote about the procedures in place for dealing with infected patients coming back to the home from hospital, and it makes shocking reading.

He emailed the management team to clarify the current plans: 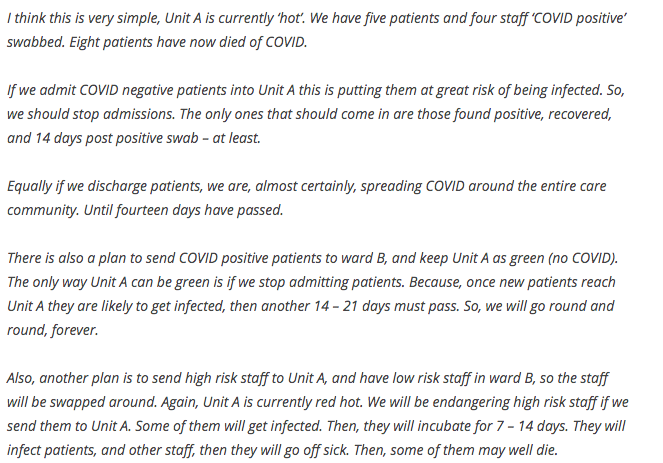 How many people did this kill? Potentially up to 40% of all deaths were in care home, that is 0.7% of the population made up 40% of the deaths.

If you lockdown the whole country and then actively infect the most vulnerable I am not sure hopeless is a suitable label.

I am sure he is not a bad, evil person, but at Margaret Atwood says:

Anyhoo……the Occam’s razor of looking for the most likely and simple solution is something we have built into the ACN Core Concepts course.

If you have ever been to a nutrition/functional medicine seminar chances are you were overwhelmed with information you didn’t know how to implement or wasn’t relevant to our neuro-mechanical world. 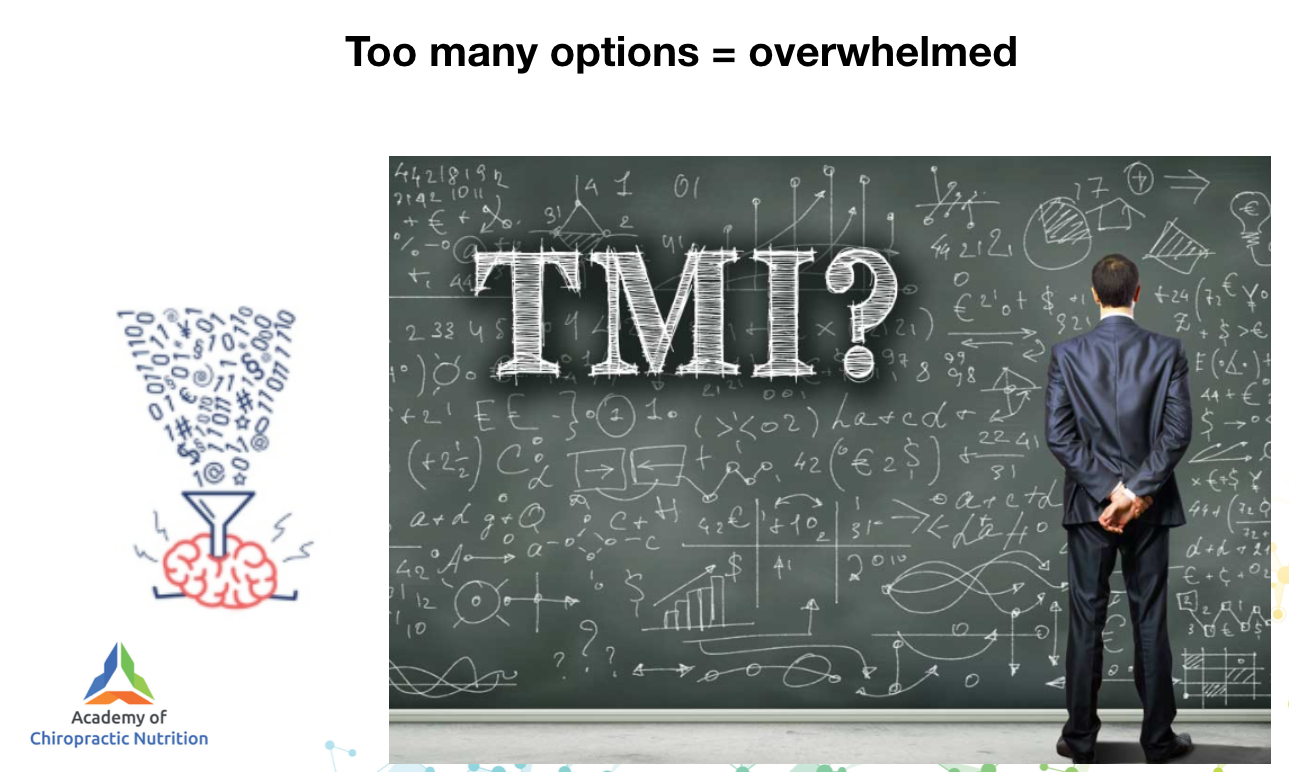 Ultimately we want to look for keystone nutrients that hold a system together, or that if low can be a bottleneck to results from our care. 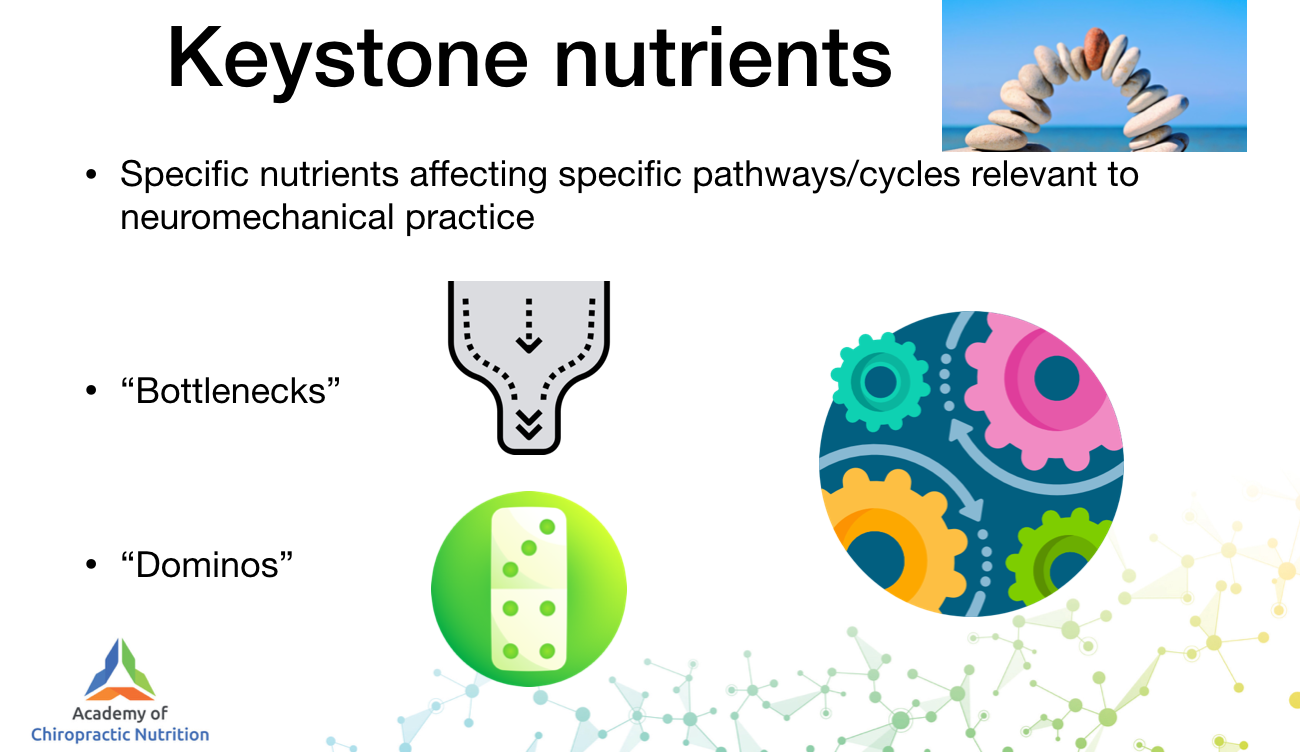 If you are really low in vitamin D or magnesium or B12, all bets are off for any other intervention.

I do not care how many times you adjust their spine or release the myo-fascia or how much rehab you give them, they will not get better in any significant or sustainable way.

We also then have to factor in: 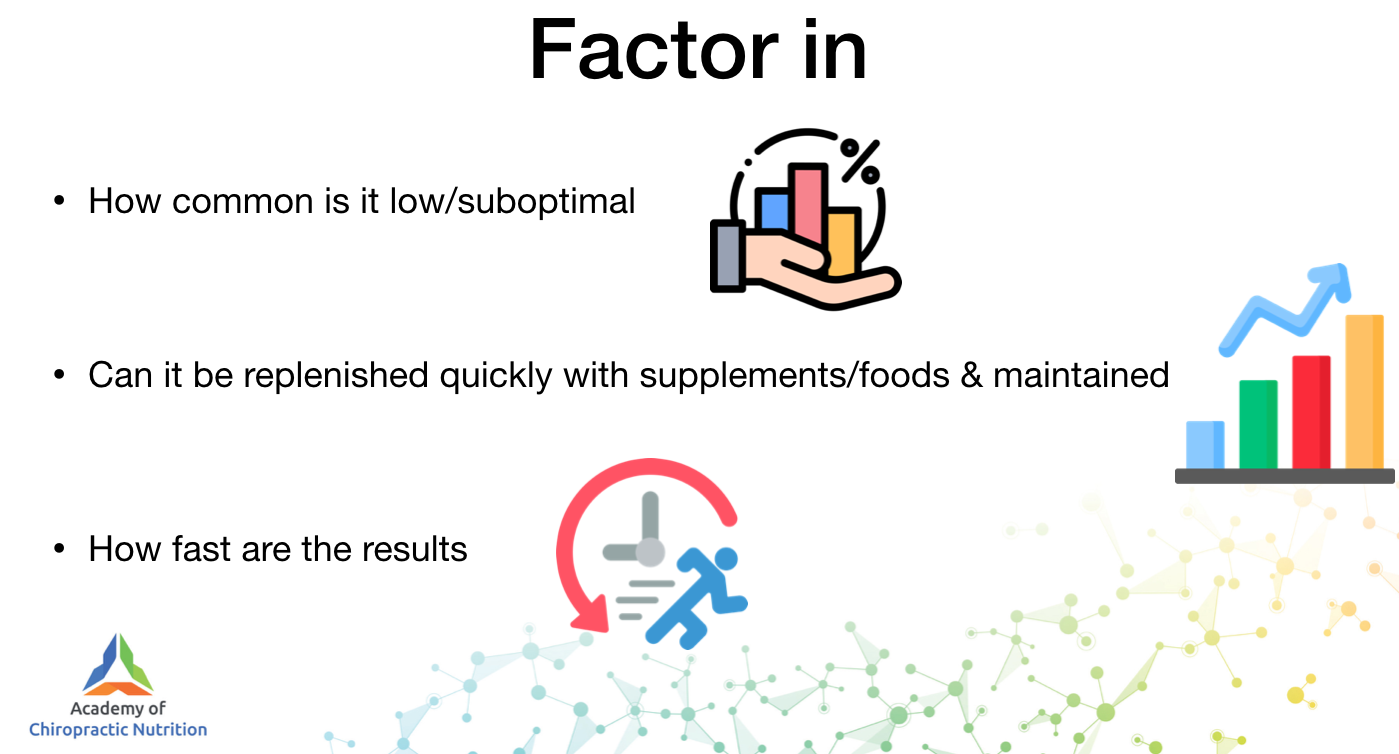 If it is rare to be deficient/insufficient in a certain nurient then why would we consider it in most patients?

Vitamin D deficient/insufficieny is common even in summer: 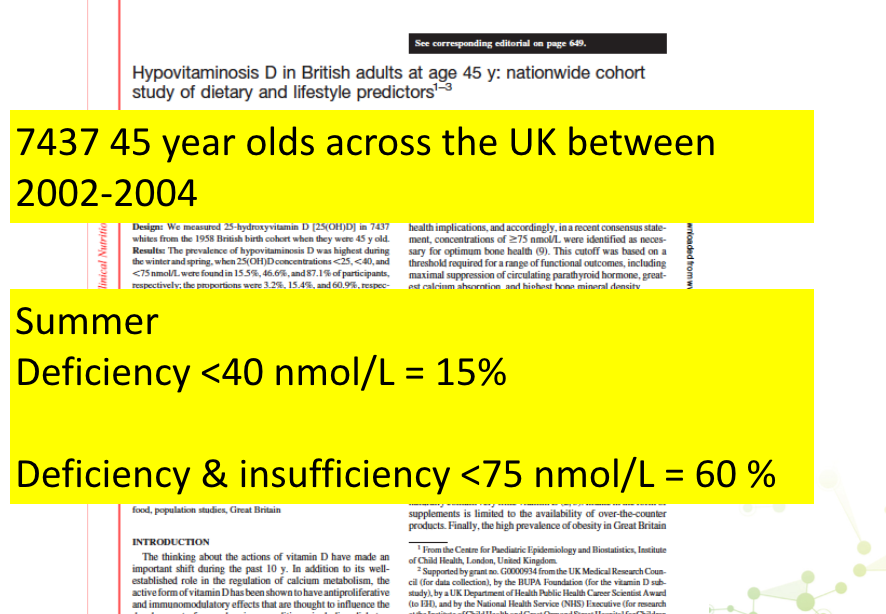 Especially amongst the obese and non-caucasian: So is low magnesium levels. 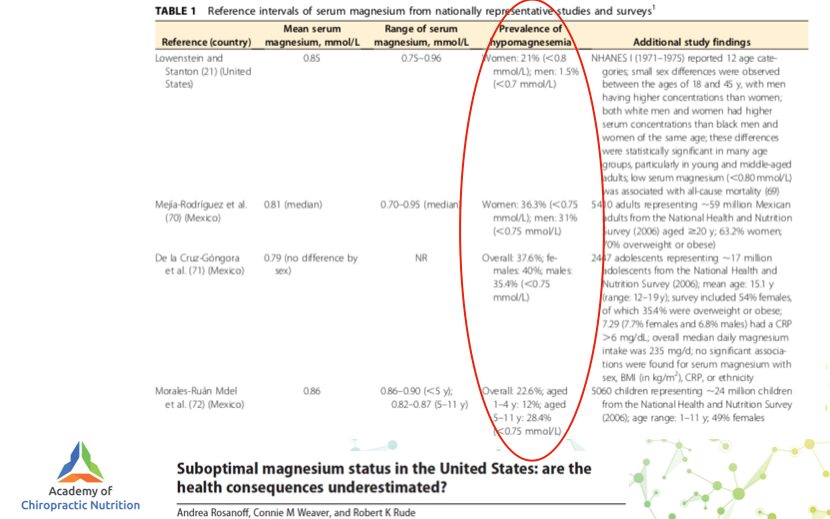 So is B12 levels in the grey zone of potential deficiency. 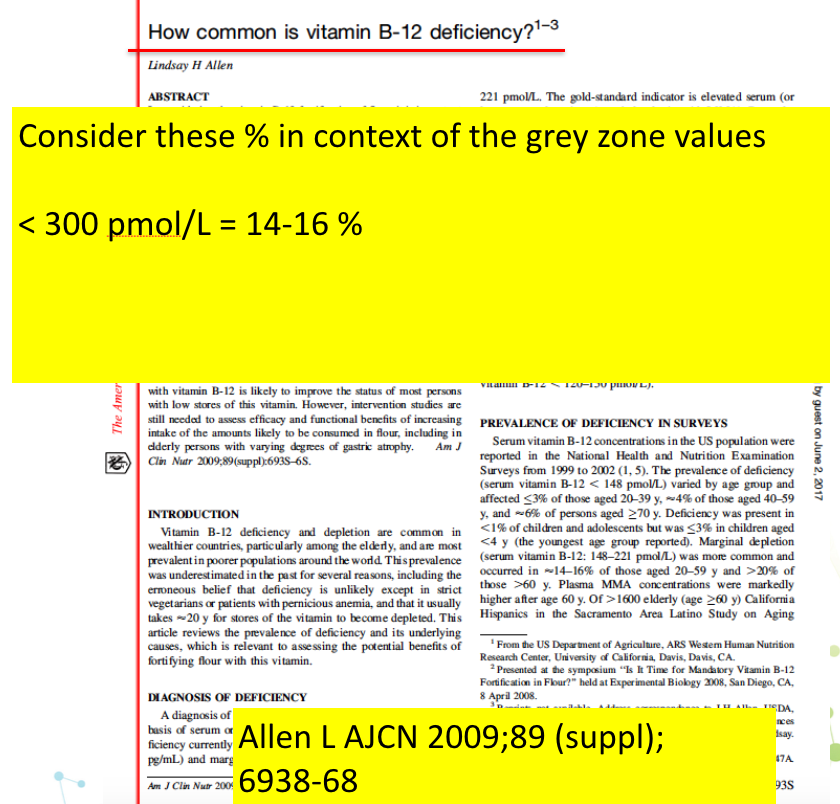 But also the patient and I want results fast.

Patients with B12 deficiency un-diagnosed or badly managed by the NHS come to life fast with liposomal or sublingual B12, it is truly a miraculous thing to see.

Pain and inflammation drops fast and massively, energy comes up fast, and mood and behaviour (depression and anxiety) change profoundly.

It is the same with vitamin D.

Get the keystone nutrients right and combine with high quality neuro-mechanical care and 80% of the time you will see results that are significant and sustainable. 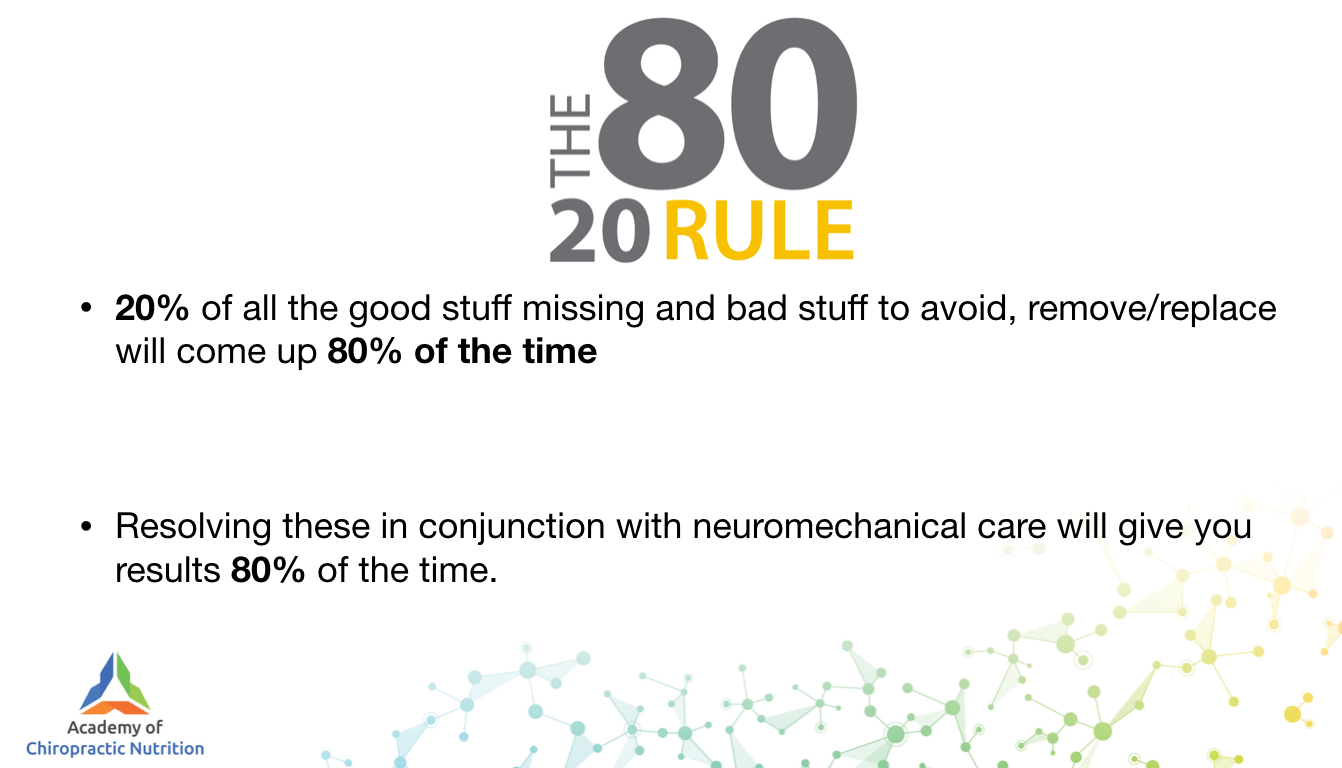 – Keep it simple in clinic for nutrition, get your foundations in place – water, movement and some real/whole food.

– Magnesium citrate or glycinate 300-500 mg daily, with B6 in the P5P form (B6 gets magnesium into the cell), in a 10:1 ratio with a dab of zinc, this our new product coming soon…..keep those eyes peeled. 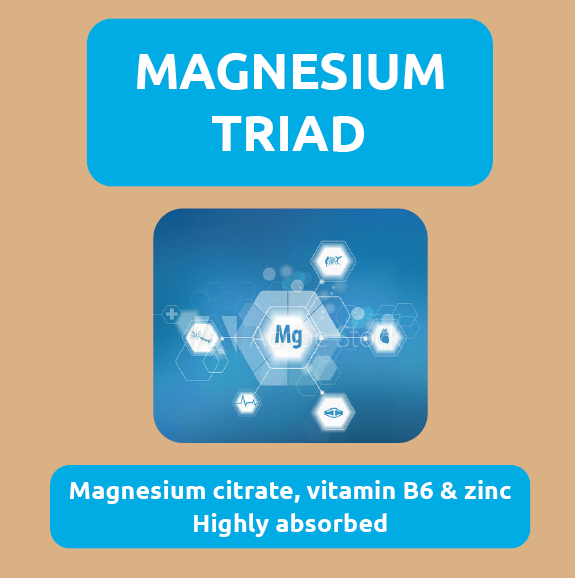