In 1997, members of a religious cult called Member of Heaven’s gate, prepared to be taken up into spaceship flown by alien life forms.

They believed as the Hale-Bopp comet passed by Earth, a spaceship would be travelling in its wake, ready to take true believers aboard.

Several members of the group bought an expensive, high-powered telescope so that they might get a clearer view of the comet.

They quickly brought it back and asked for a refund.

When the manager asked why, they complained that the telescope was defective, that it didn’t show the spaceship following the comet.

Now clearly reality and facts were not top of the agenda at “the gate” (in my mind this is how they referred to it, trying to say “members of heavens gate” repetitively is too time consuming, skip the end, aka “the gate”).

But if you were viewing life with some degree to clarity, not through the lens of aliens and stuff, I reckon the lack of a spaceship following the comet might have raised a few feelings of discomfort.

The belief (a thought or feeling, that may have no basis in reality) that a spaceship is coming for you (you are a true believer after all), banging up against the objective truth that there is sod all behind the comet except some space dust and stuff (DISCLAIMER: I am not astro-nerd but I reckon comets leave space dust), is uncomfortable.

This creates a feeling of discomfort known as cognitive dissonance.

In an ideal, rational, logical world, they would have waited for the comet to pass and then gently stop mentioning to friends and family about aliens and stuff and left the cult.

But as we can all see very clearly at the moment, this is not a rational, logical world…..far, FAR from it.

A short time later after leaving the shop, believing that they would be rescued once they had shed their “earthly containers” (their bodies), all 39 members killed themselves.

When you are talking to patients about lifestyle, remember cognitive dissonance because we have a set of Core commandments in the Core Concept in Chiropractic Nutrition, and number 12 (last but not least) is:

When it comes to the food they eat, they are utterly in detail.

Now I will say some of this is gross ignorance.

On Wednesday I consulted with a nine-year-old for her feet and leg pain and as part of the new patient process I noted she is on an epilepsy drug for vacant seizures (goes a bit blank every now and then).

As part of every new patient, I need a quick overview of their food and fluid intake via the intake form.

Her mum was very keen to tell me how eating meat was bad for you.

But she has bought into the idea that because meat is “bad”, then not eating it makes you diet “good”. A common mistake amongst vegans in my experience, better the last few years, but still common.

There are soooo many potential deficiencies that could potentially be part of her seizures and just in general her whole health.

B vitamins (esp B12 & 6), choline (a clear blind spot with vegans in my view), protein as a whole, iron, fats and so much more.

In my world, I want food with high nutrient density with high immune tolerance to those foods, simple.

On a recent one to one consult functional medicine consult with a personal trainer looking to get his mojo back I went through his health forms (note he is a Type I diabetic).

Nice I thought, low carb, just my kind of action.

I looked at his “typical” day

Looked pretty good, started fasting 16:8 style, needs to up his fats a bit and more veg for the microbiome.

And then I looked at the extra 3 day diet diary which gives actual food intake not “typical”.

Day 1, was a brutal slap in the face for his “typical” day from reality. 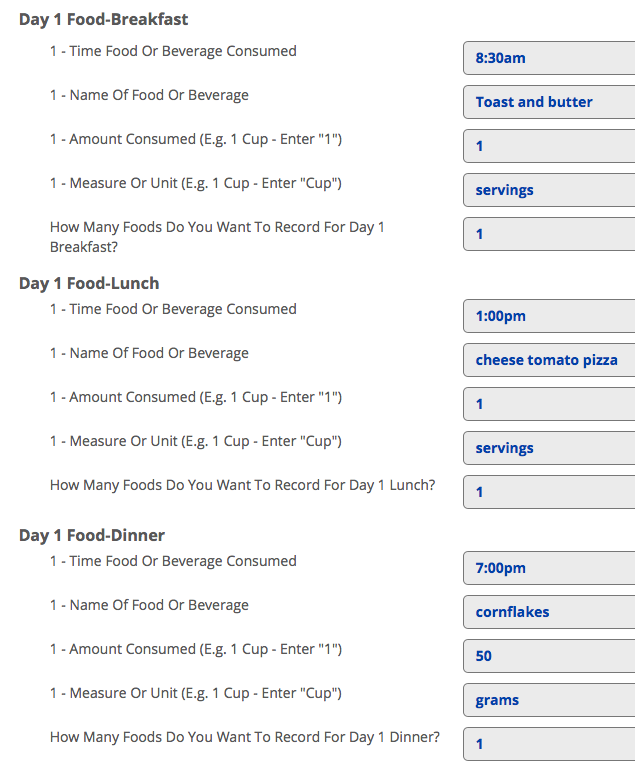 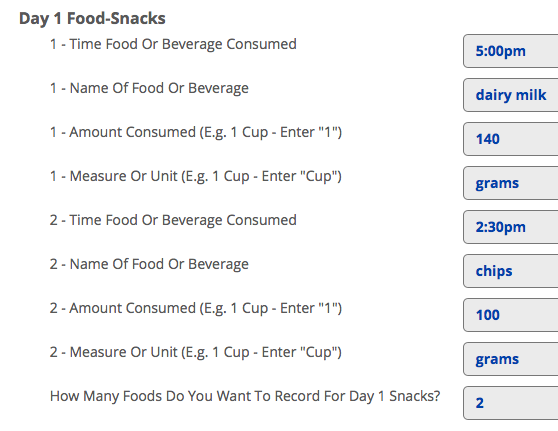 So that’s pretty much carbs with sugar all day (not ideal for anyone but when you are a type I diabetic….) 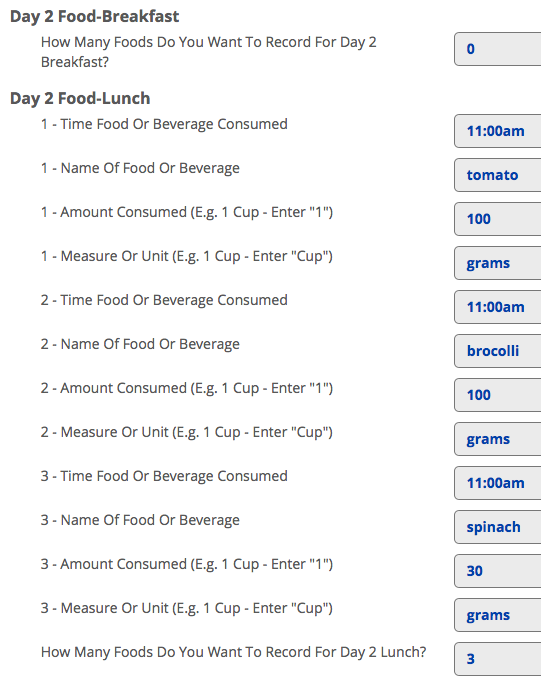 Now then, you don’t need to be a nutrition detective to see the difference between how he sees his diet and how his diet actually is.

When we went through it on zoom, I gently showed him the issues and he was pretty embarrassed (even though he filled the forms in).

He felt uncomfortable, and I let him feel it because then it helps generate change (by definition he was ready as we were consulting on just that).

You can see all this in one of my favourite shows secret eaters, the absolute denial of reality at the start fo the show is hilarious. The secret cameras filming them means they cannot hide the reality of the extensive snacking.

Check it out Ray from Bolton and his secret pie butty lunch which he told us was a salad, he thinks he is  just “prone to weight gain”, he reckons it is a mystery why he weighs 19 stones:

– Check out “mistakes were made but not by me” by Carol Tavris, fascinating stuff. 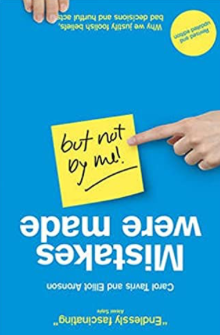 – If you do not have some kind of food intake as part of your health questionnaire, you really need to.

And even then it is always useful (if you are suspicious) to ask what they have actually had to eat today (as per the personal trainer reality vs theory are often quite different).

– Remind patients that food is simply a means to get nutrients into their cells: protein, fats, vitamins and minerals. If you don’t have enough you are going to get symptoms and eventually get ill. If your current diet has made you ill, change it.