For many years I have used multiple brands of supplements, endlessly reading the labels looking at which nutrients were included, in which form and at what dose.

You see, when it comes to supplements the devil really is in the detail.

But that detail is only visible if you have read the scientific literature at a deep level.

Often I am left wanting, because I want ingredients from one formula with the doses of another and the forms from yet another.

Overall this was very frustrating and I knew some of the differences were simply due to the economics of the ingredients/forms/doses.

Some differences were purely for marketing purposes.

Some were simply based on half-truths, spin and manipulation.

And while the nutritional industry is never going to harm people in the way the pharmaceutical industry can, they are not averse at all to selling theory as fact and giving meaningless doses of ingredients, in forms that are inactive or poorly absorbed.

I want supplements that are like a classic rock album, all killer, no filler.

Do not try to palm me off with one good single and a load of tosh to bulk it out.

I used to daydream of the time when I could use all my knowledge to make a range of supplements that gave me what I wanted and what my patients needed.

And here is the key part: The supplements support my neuro-mechanical intervention (because that is my world and the reason most of the patients came to see me) and at the same time improved their overall health and wellbeing (because I am a healthcare professional).

The beauty of the Core Concepts in Chiropractic Course is the foundations are built around universal principles.

We view the body through the “lens” of evolution.

We have an evolutionary mis-match between our hunter gatherer development of our nervous/immune system and our modern lifestyle.

If we keep it really simple:

These lead to a predictable response from our nervous and immune system which then affects our neuro-mechanical system: 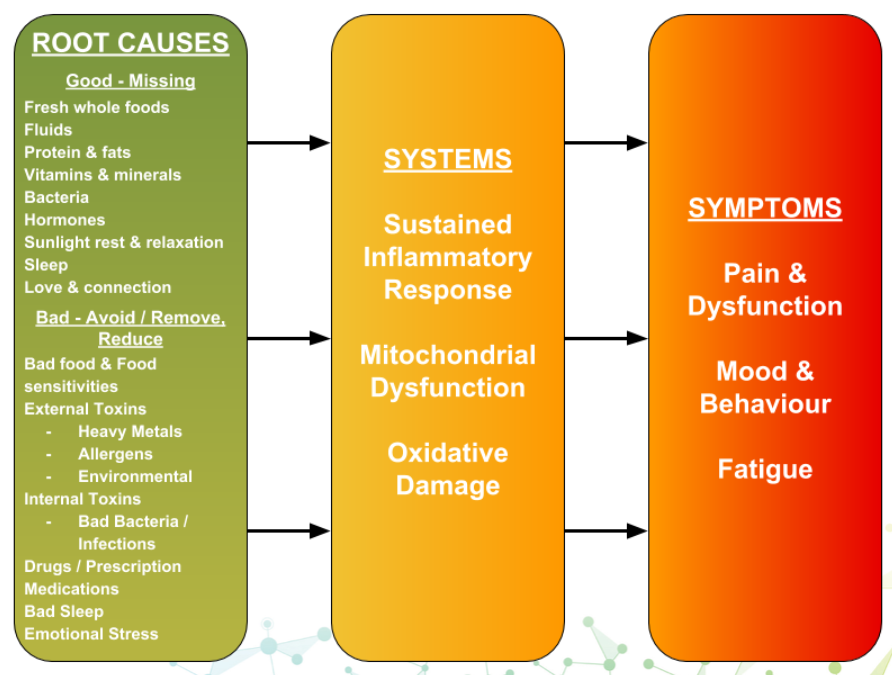 If we take it a step further: 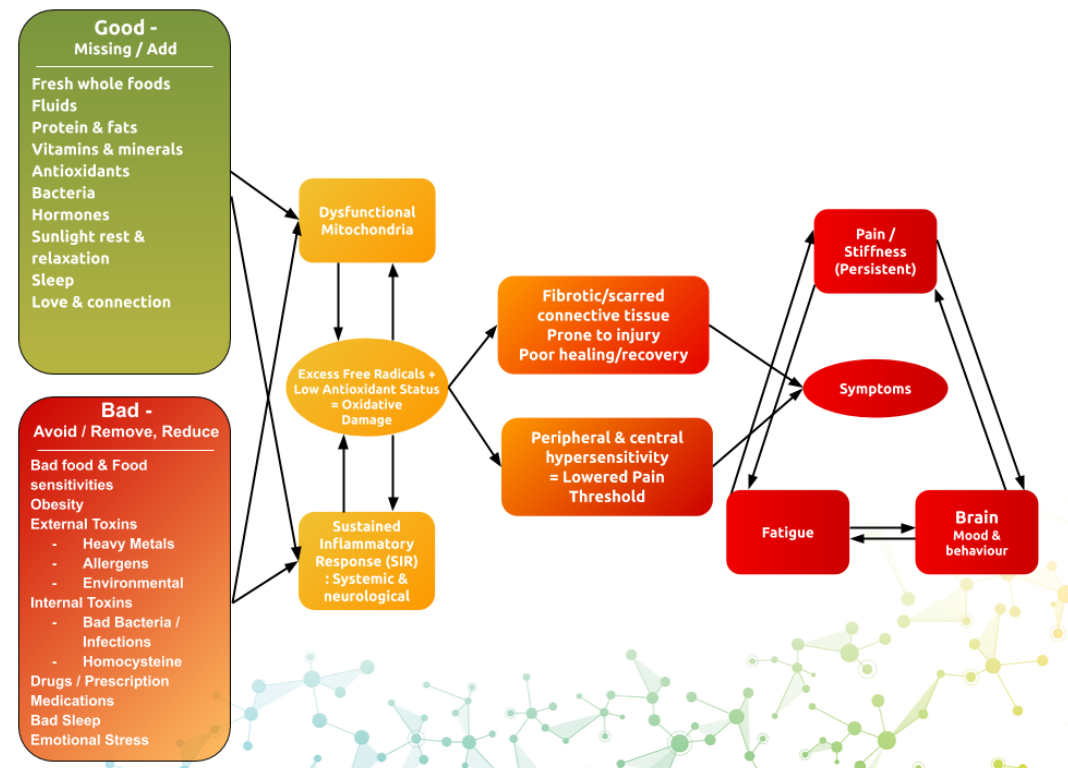 Plus around 9 months of research and design and development, finally the Vitamin D/K2 sublingual supplement I always wanted is now available. 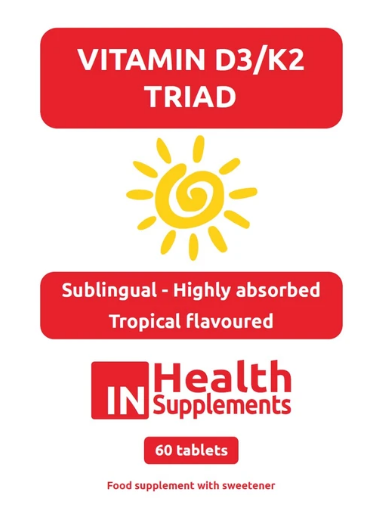 I choose 4000 IU D3 because the multi vitamin product due to be launched in the around 3 months will have 1000 IU and combined they make the usual dose of 5000 IU.

I have been able to source one of the few suppliers of K2 in the MK4 form along with usual MK7.

It is highly concentrated in our organs and plays a special role in genetic expression, cancer, sex hormones and bone/arterial health.

In terms of bone health the vast majority of research is on MK4 and it is especially important for growing children.

Using MK4 is evolutionarily & physiologically congruent with our ancestry.

MK7 is found in fermented foods only and does indeed play a valuable role for many functions, including helping calcification of bone at relatively low doses.

If I had to choose one form it would be MK4.

But we don’t have to choose one, as I have used both forms to ensure superior long term outcome for our clients (and you).

This is far higher than most and a complete nutritional composition, driven by a deep understanding of the biology and science of K2.

The argument against MK4 is it is “removed” from the blood in 1-2 hours hours, while MK7 hangs around for a long time, thus it has a longer half-life.

It is because MK4 is far more bioavailable to the cell, (compared to MK7) that is disappears from the blood in hours into our cells.

Did evolution really go wrong when it synthesises & places MK4 in the breastmilk of every mammal on the planet to nourish its growing offspring?

The majority of supplement companies will have you believe so, but it may be because it is cheaper to use MK7 only and ignore the scientific data on MK4.

The beauty of designing your own range of supplements is we have both MK4 and MK7 in our vitamin D, so clients get the best of both worlds:

The tablets are sublingual to enhance absorption in all patients and

I have designed them very specifically not to dissolve too quickly. Other sublingual products on the market breakdown very rapidly in the mouth and are then swallowed, negating the point of making them sublingual.

I have sweetened them with a gently sweet tropical flavour and a dab of xylitol, which is also actually good for your teeth.

I have used a kraft style brown pouch to reduce the cost and ease of transport and storage.

I decided to add a pouch of 30’s so the initial sale at RRP was below £10 to reduce the friction of the first purchase.

Selling supplements should represent an additional stream of income to your clinic, though of course you can sell at whatever price you wish.

Note CCCN members all receive 10% off the trade price because when you invest with the Academy of Chiropractic Nutrition we will give back to you.

We are building a tribe of practitioners that are creating an evolution of the Chiropractic and Osteopathic world.

All pouches are sold in multiples of 10 units per order.

All post and packing is free because it really p***es me off when I have spent a decent amount of money on products and am then charged to deliver it. 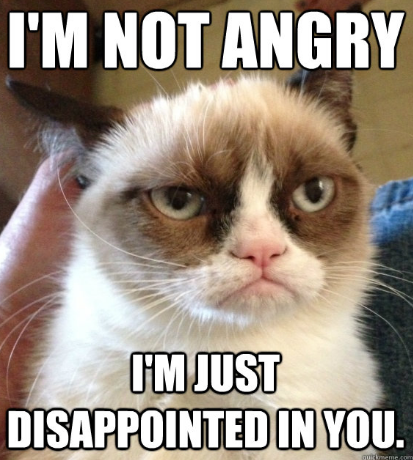 Currently we cannot ship outside the UK but this may be possible in the future.

Point of sale material is being developed to emphasise the levels of vitamin D compared to shop bought products & the relative dose to natural sun exposure.

Plus the benefits of both forms of K2, the sublingual advantage, and how common deficiency is.

If they are obese, elderly of non-caucasian then it is 100%.

Note that this study was published in 2007 and there were 15% (averaged out over different ethnicities) grossly deficient (under 25 nmol/L).

13 year later with huge media coverage and an NHS finally talking about vitamin D deficiency, we have an update on the deficiency rates and it is not looking good.

17% of caucasians were grossly deficient, that is 2% higher than average rates in 2007 and in the asian groups we have 57% gross deficiency rates and 38% in those of African decent.

catastrophic proportions and consequences – consider how many lives could have been saved from COVID 19 had those groups been taken to levels in the 100’s nmol/L.

Well, it will certainly be multifactorial but one is the NHS recommendation to take a physiologically meaningless dose 400 iu (10 mcg) daily.

Check out how sun compares to oral doing: 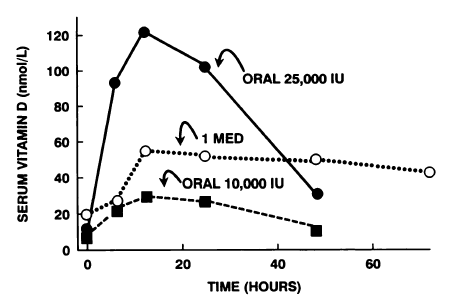 Which is still deficient.

This is why it is so important to use a dose of vitamin D that is ancestrally and physiologically congruent of 4-5000 iu (100-125 mcg) in a delivery form that enhances absorption & bypasses any malabsorption, together with K2 in both the MK4 and MK7 forms.

Patients left to their own devices will buy low dose vitamin D, usually with no K2 (certainly no MK4).

If they are buying higher dose tablets on amazon with a bag of 350 tablets costing £5, trust me, the stated dose on the pack is not in there, you cannot make vitamin D tablets that cheap, it’s a scam.

So join the evolution today for your health, your families health and your patients health and take Vitamin D TRIAD daily.