Last week we talked about viruses and the long term effects they can have, this week I want to give you something you can use when a virus begins to attack.

Zinc has long been used for immune system support, but the research is very mixed for a variety of reason (dose and form used being the most common).

But many years ago while treating a 3 year oil girl with immunosuppression a group of Doctors discovered something remarkable.

She refused to swallow the 50 mg zinc tablet they wanted to give her, instead letting it dissolve in her mouth over time.

To there amazement her evolving cold disappeared, where she had been previously very prone to colds before and after her diagnosis of leukaemia. 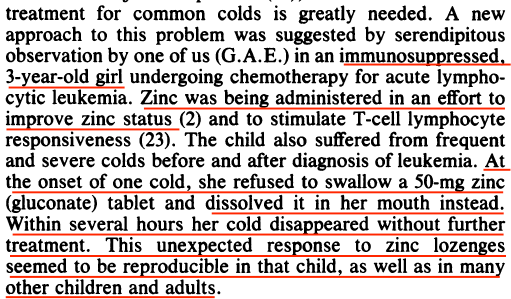 The theory was, zinc ions inhibit viral replication, by allowing the zinc to dissolve in the mouth the ions diffused into the pharyngeal/nasal area, inhibiting the cold as it began to replicate, stopping the cold

This is the basis of the zinc lozenge for the common cold.

And there has been much research with huge varieation in the results.

The issue is the doses and forms vary so widely that you cannot draw firm conclusions.

Many forms of zinc are tightly bound to things such as citrate and so the levels of free ionic zinc are very low going up to the pharyngeal region.

But one form, zinc acetate, does not chemically bind to zinc and so is ideal for diffusion purposes.

But then we need to get the dosing right, anything under 75mg daily at the onset of a cold (that is really important, start supplementation within 24 hours of symptoms starting) doesn’t tend to work well.

When administered correctly,  zinc acetate lozenges significantly reduce all the symptoms of a common cold. 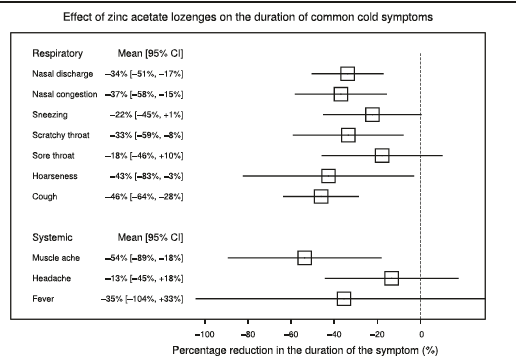 Three days at this high dose is the maximum you should do, by then either you have nipped it in the bud or you’ll have to ride it out.

High dose zinc over longer periods reduces copper absorption which can lead to all sorts of issues as copper is co-factor for collagen production, conversion of dopamine into noradrenaline, anaemia, weakened immunity……you do not want to go there.

You can buy zinc acetate from life extension directly from there European site or via amazon, the product is “Enhanced Zinc lozenge”. 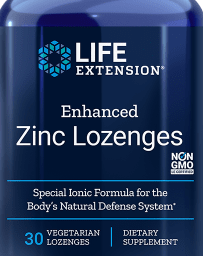 They should dissolve over 30 minutes in your mouth and FYI they are sodding massive.

These work so well, I always keep a bottle of them at work ready to use ASAP when if I feel something coming on.

You will have to explain to patients why you appear to have developed a sudden desire for gobstoppers to be taken every 2 hours.

– Grab at least two bottles of enahnced zinc lozenges, at a minimum of five tablets daily for 3 days, the bottle will only last one or two colds.

– Always keep some tablets with you at work so you can nip it in the bud, I have found the earlier the better and keep it up every two hours.