Why inflammation is not a binary issue

Since last year I have been telling anyone that expressed the idea they could avoid getting the C19 infection all together, they would have to accept at some point, we are all going to get it.

Well, last week it was my turn.

On Monday, by the middle of the morning shift in clinic I was feeling a very familiar sensation that I had with the onset of the flu virus previously.

A generalised state of unwellness and impending fatigue.

I was in bed by 2pm and got up the next day at around 9am and it was not a pleasant evening.

One of the “Core Concepts” in the course is the concept of inflammation as a spectrum.

At the one end, we have overt elevated inflammation with a raised blood marker such as C- reactive protein (CRP), over 5 – 7.5 mg/L . This would be a marker for someone with polymyalgia rheumatica (PMR) or RA in a flare of disease.

At the other end we have inflammation under CRP of 1, with no immune activity of note.

Now the NHS only recognises inflammation that is above those magical figures.

But we know that there is a spectrum, and anything from CRP 1 mg/L up to 7.5 mg/L, we would consider to be a:

Key word in that is RESPONSE.

The immune system is responding to something or because of something.

The immune system doesn’t just fancy a fight and kick-off.

It is not your cousin Gary after too many pints of Stella on a Friday night down the boozer trying to score some peacocking points and assert his alpha credentials.

It has detected a perceived threat and attacked it.

The challenge is this, on Monday night as I lay there in light sleep, pain throbbing in my head, body aching from anything I did or touched, utterly exhausted, it is pretty obvious this was not normal and my CRP would have reflected that.

That level of inflammation has very predictable consequences that can be induced in laboratory situations.

Your peripheral and central nervous system become wildly hypersensitive to incoming afferent input, and you register everything as pain.

Your body is focusing all its energy on the immune system, so your little mitochondria are not going to give you lots of energy to do anything else other than rest.

Your brain also downregulates serotonin production, plus dopamine (and by extension noradrenaline/adrenaline), plus it pings up an alternative to serotonin called quinolinic acid that keeps your brain, “hypervigilent”.

That is why I couldn’t get into a deep sleep. My hunter-gatherer’s brain needed to keep me safe from potential attack while my immune system tried to remove the infection.

So, this then is how lots (and lots) of your patients feel and live daily, but on a more subtle level, they are in a state of a SUSTAINED LOW GRADE INFLAMAMTORY RESPONSE.

They are not inflamed enough for the NHS to take an interest (CRP under 7.5 mg/L), but they hurt a lot, in quite a few areas and they are persistent even in the face of neuro-mechanical intervention.

They are tired, not so bad they cannot get out bed, but tired enough they make very poor food choices chasing a hit of energy and cannot do regular exercise.

They feel a bit “flat” in terms of mood and behaviour, and may have previously had a diagnosis of “depression” or “anxiety” and often will lack resilience to the stress of life.

We can induce mood and behavioural issues experimentally by injecting the toxin from salmonella, LPS. 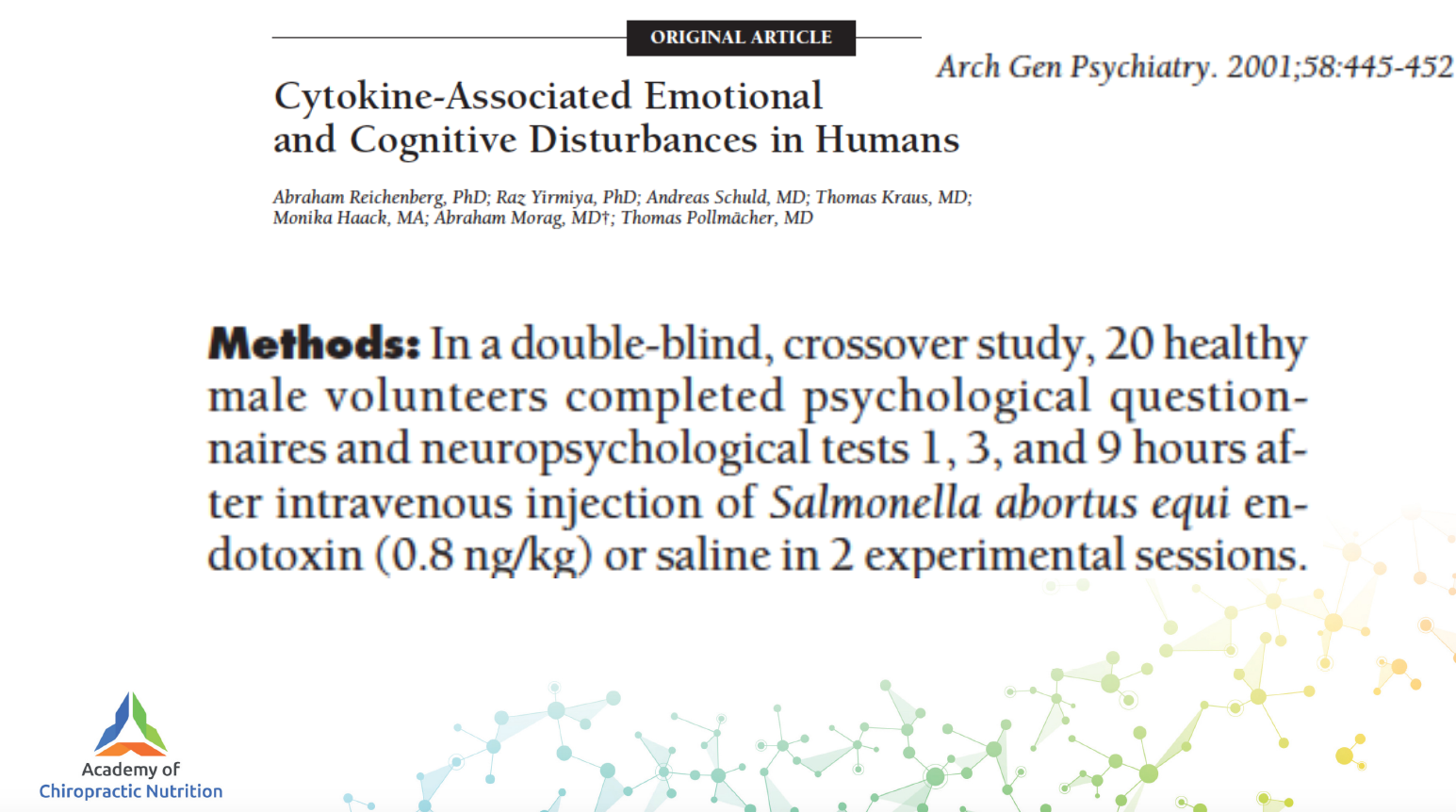 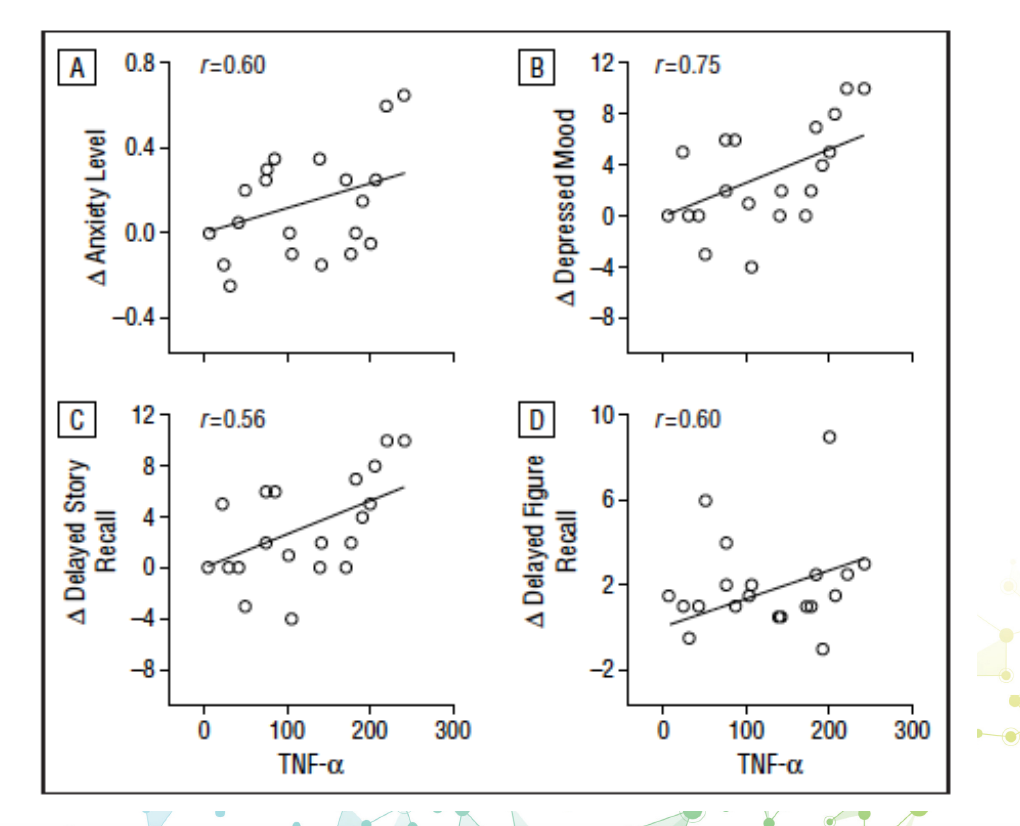 And we can induce central hypersensitivity with an injection of LPS. 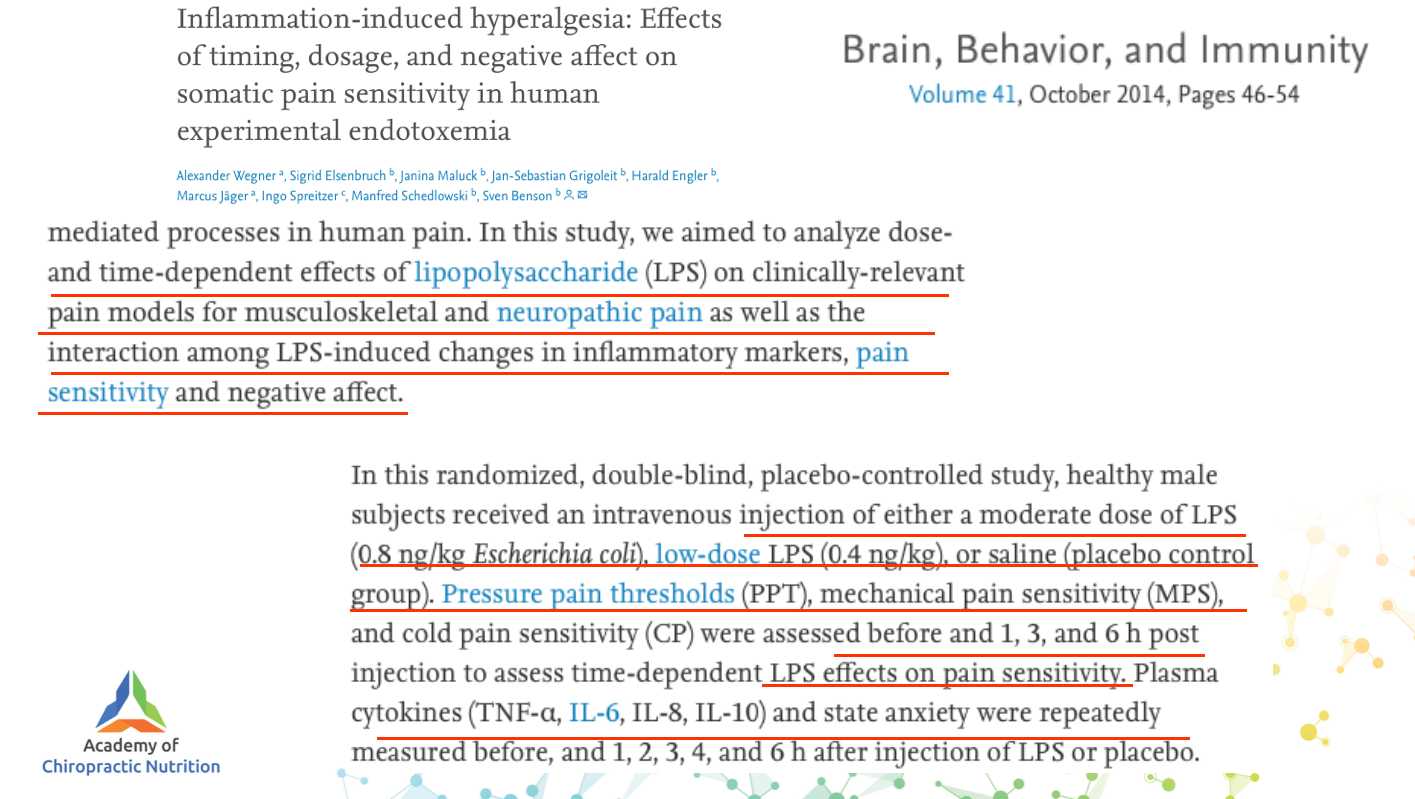 Within an hour inflammatory cytokines like TNF alpha (the main target for “biological” drugs for things like RA, AS, Crohns etc) starts to spike and so does cortisol, because inflammation is stressful. 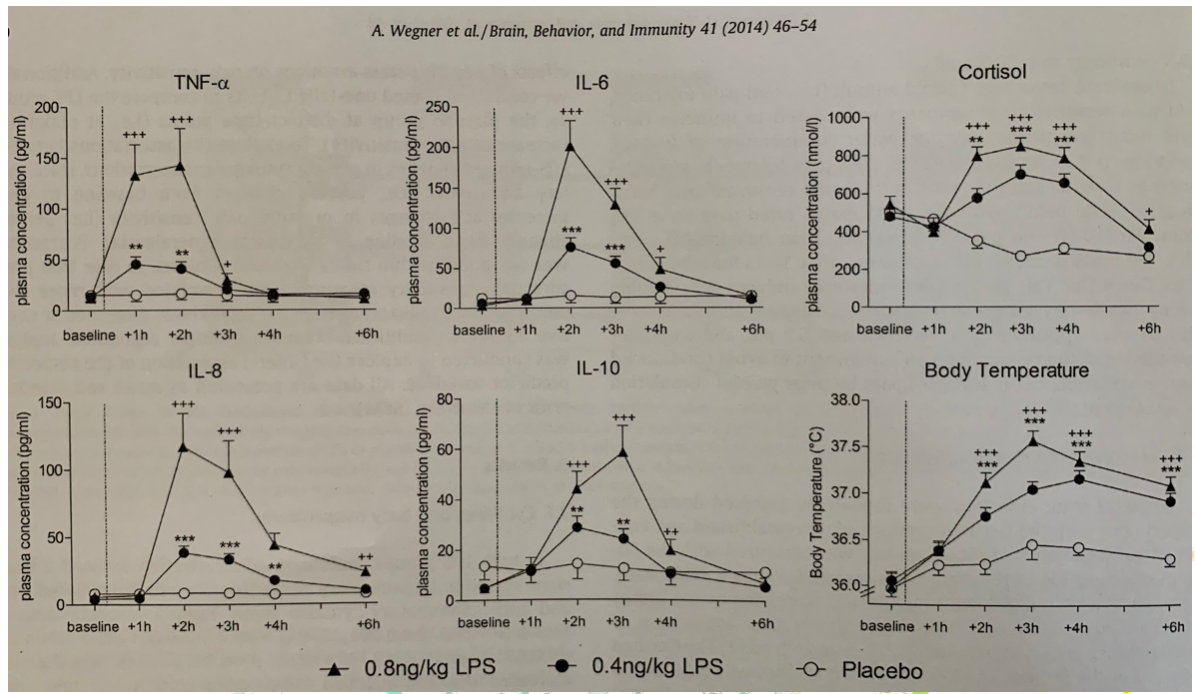 And then, within an hour, pain threshold drop and pressure turns to pain. 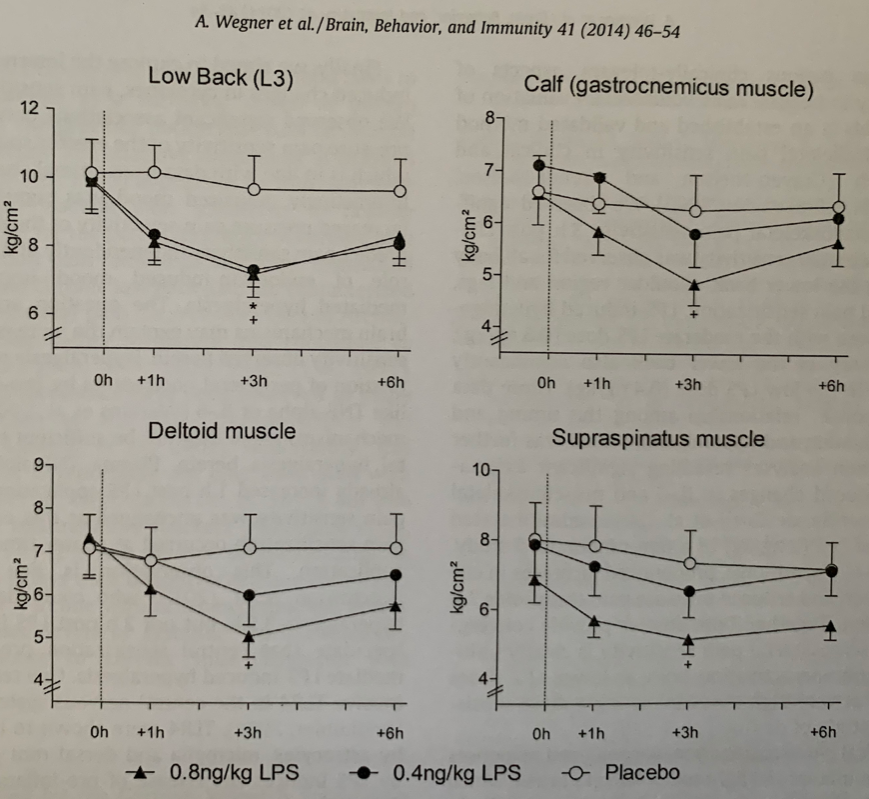 Once you understand this as a predictable pattern: 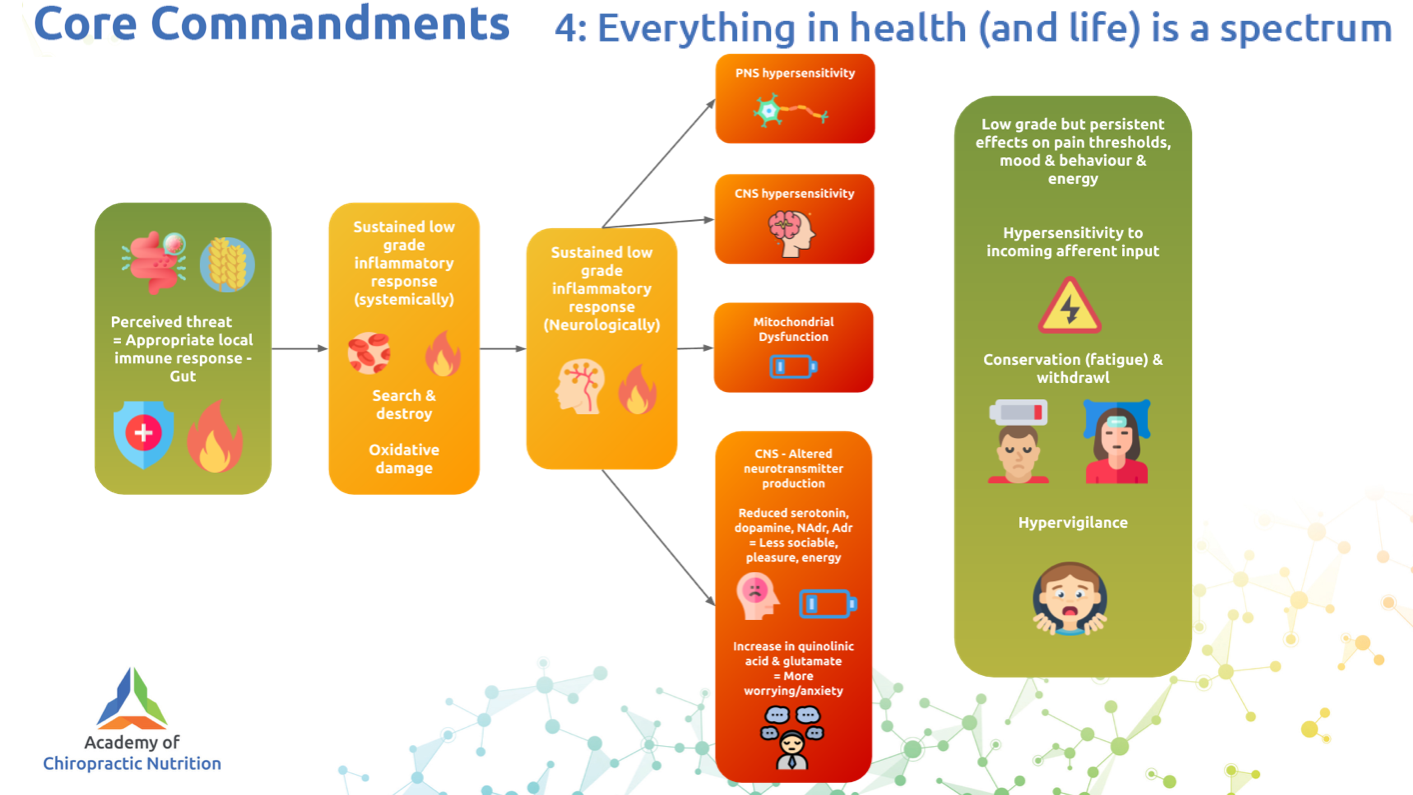 and the evolutionary context: 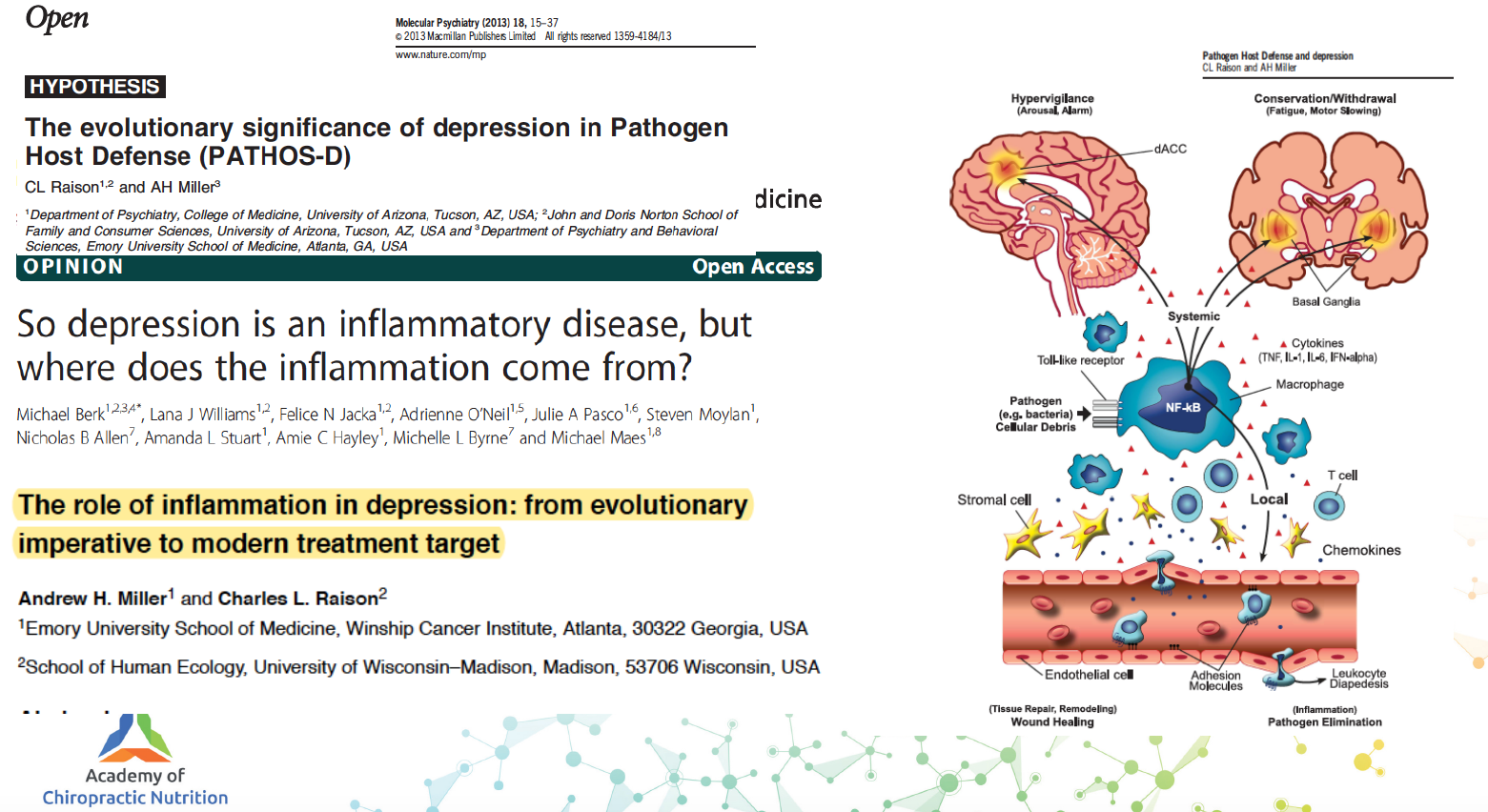 Then suddenly you have taken your practice to a new level and swallowed the red pill and there is no going back, clinic is never the same again. 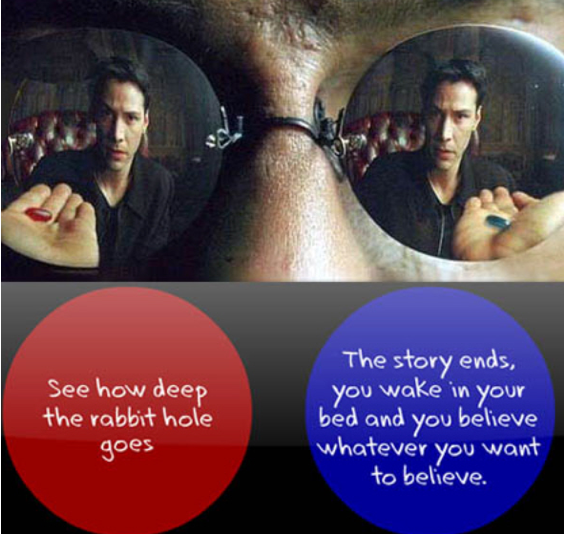 The biopsychosocial model, while still useful, suddenly looks a little dated and lacks the understanding of neuro-inflammation as a root cause of persistent pain, altered mood & behaviour (aka depression & anxiety) and fatigue.

If you can track down why the immune system is still in an active response state, then you will normalise the central hypersensitivity, the mood & behaviour and the fatigue in one fell swoop.

Suddenly, your neuro-mechanical care begins to have more significant results and is sustainable between visits (as we would expect it to).

The lifestyle improves as their energy comes back and the mood lightens.

This is why the course focuses on the key “primers” of the immune system, why are some people’s immune systems so easily triggered?

And removing the “drivers” of the immune system, what is pulling the trigger?

We keep it simple because we do not need them to be metabolically perfect, we just need them good enough that the neuro-mechanical care we deliver works as it should.

This is the interface between the neuro-mechanical system and the metabolic system. 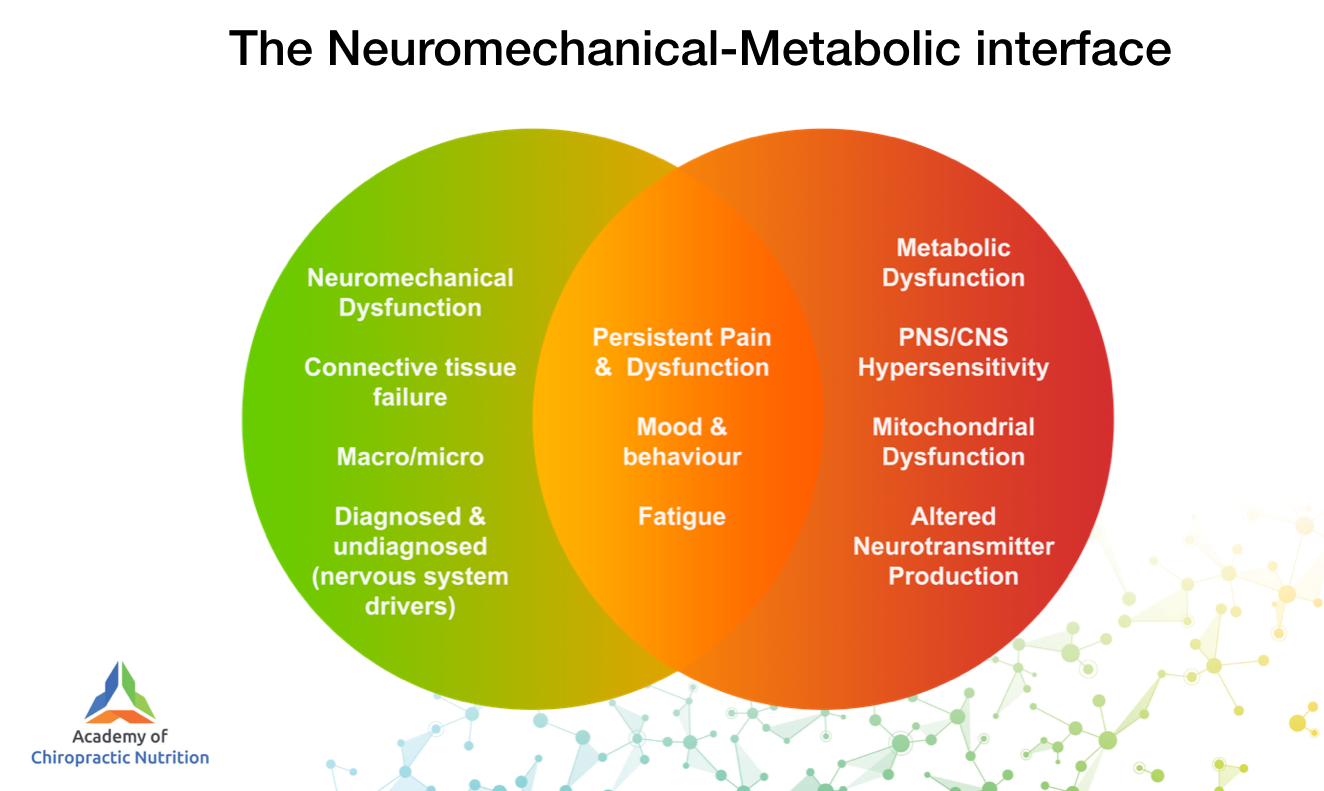 – Keep your eyes peeled in the next 2-4 weeks, I will be opening up the course again for the last time in its current format.