She was speaking about the banning of the weed killer glyphosate (branded as Roundup by Monsanto) in Germany from 2023.

And she has a good point.

For many, many years now the world of functional medicine/nutrition has been concerned that the weed killer might be exceptionally bad for humans too.

Glyphosate stops key protein production in plants (phenylalanine, tryptophan, and tyrosine) that leads to its death via a faulty working enzyme (EPSP-Synthase – an enzyme not present in humans)

Monsanto also acknowledge that glyphosate kills bacteria (more on that later, think about your gut!)

But it also appears to kill off insects & bugs.

Something Monsanto aren’t too keen to acknowledge.

And the courts in the USA agree.

And he was awarded $78 million.

There are over 2000 other cases currently ongoing.

But does it actually do to us?

Glyphosate is very much on trend at the moment within the functional medicine community.

There is a lot of opinion and theory presented as facts, often by 1 or 2 people who are interviewed again and again on different websites and podcasts.

They often use big scientific words and they are not challenged by the interviewer at all.

So let’s be clear about facts and theory.

What we do know is, the manufacturer has confirmed it kills bacteria.

So, they spray foods with glyphosate, we eat the foods (covered in glyphosate).

So the question is does the glyphosate kills our gut bacteria?

For you gut microbiome this could be very very bad.

It certainly makes sense it could (that’s theory), and we are seeing an epidemic of gut issues and immune related problems are skyrocketing.

How that’s proven I don’t know and who’ll pay for the research ?!?

But for now, I’ll assume it’s not good for my bacteria & whenever I can I take my veggies organic.

So how does glyphosate stop the plants EPSP synthase enzyme working?

Well, glyphosate is very very similar to the most simple amino acid we have: Glycine (my favourite amino acid, like EVER).

See its just Glycine with a phosate added on.

So the plants incorporate the glyphosate in place of the glycine.

For EPSP-Synthase the active site is a small “pocket” created by glycine.

Glycine’s small size makes the space for the biochemical magic to happen.

However, if a cell accidentally uses a glyphosate molecule instead of glycine, that extra “phosate” group fills up the pocket and blocks the active site.

Without an active site, the reaction cannot happen. It’s like someone changing the lock on your door; the key just won’t fit.

When this happens to the EPSP-Synthase enzyme, the plant (or bacteria or fungi) cannot make the amino acids it needs to function and the organism dies.

This raises a key question: if cells really use glyphosate like glycine, could it substitute for our glycine?

Well, again we don’t “know” exactly but glycine is so crucial to our bodies I wouldn’t want to risk it.

Glycine is used as 33% of our collagen, it’s key for detoxification, it’s a neurotransmitter, it makes bile and heme. I could go on (and on) but this stuff is only for the members on the Core Concept in Chiropractic Nutrition course.

Suffice to say given the epidemic levels of hypermobility and Ehlers-Danlos syndrome (EDS) we are seeing, adding glyphosate into your collagen instead of glycine, could be a very real issue.

So what’s the alternative for us keen gardeners?

Check out my test below, each photo is one day apart. I added a little salt and washing up liquid, then sprayed. 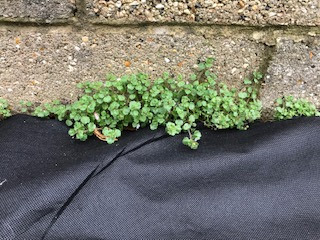 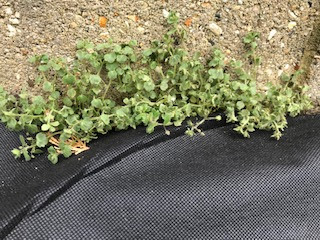 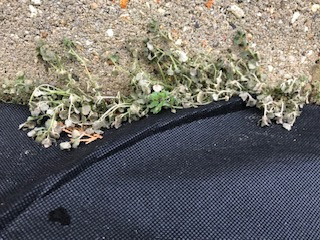 Is it as good as glyphosate?

It doesn’t go to the roots and it didn’t kill everything perfectly as glyphosate does, but then it does bugger up my gut microbiome or my collagen either.

Note it will make your garden smell like a chip shop for a few hours. 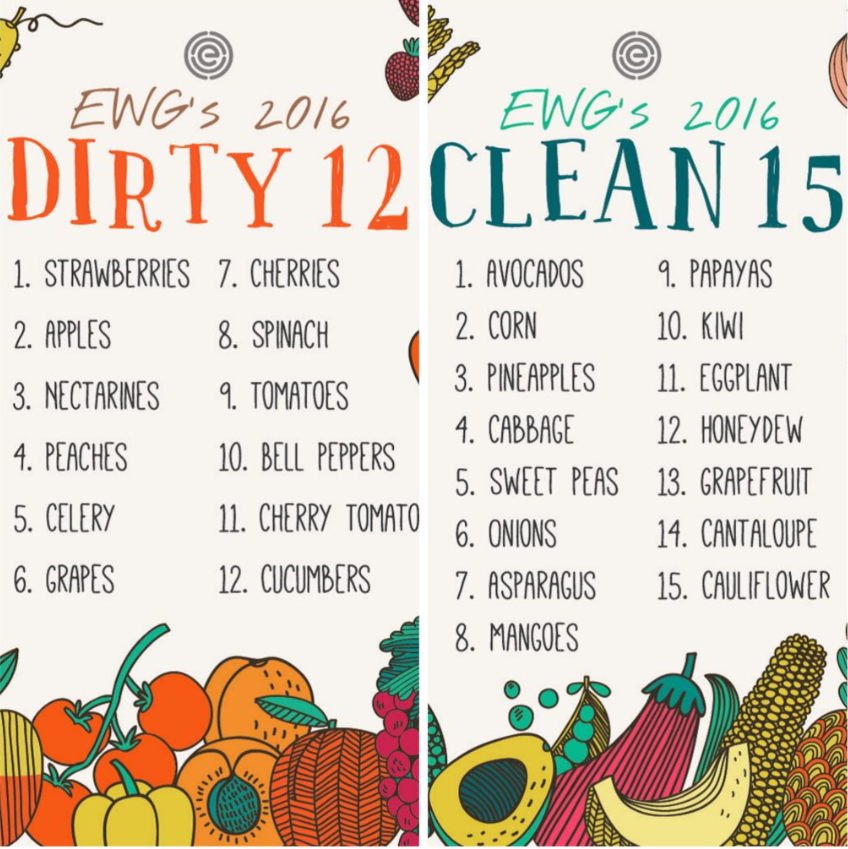