The ego & politics of medicine

Following on last week’s news letter on toxins, I want to tell you a story.

It is 2008 and I am on holiday in Sharma El Sheikh with my then girlfriend (now wife) relaxing with a shisha or two. 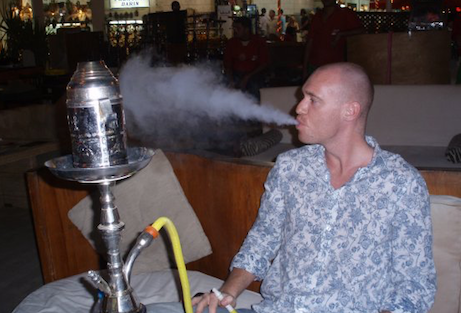 and casually swimming with whale sharks (they are ludicrously big, it is hard to get your head around until you are in the water with them). 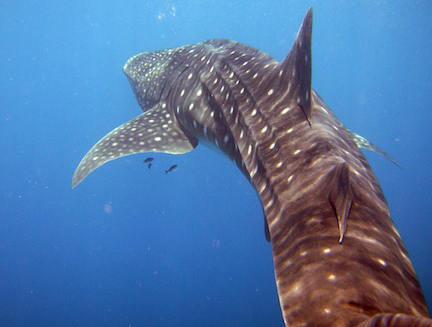 But I do love a good read and I was eye balls deep into a brilliant book but my girlfriends girlfriend’s just could not get their heads around the topic…..”why is Simon reading a book about cancer…?” 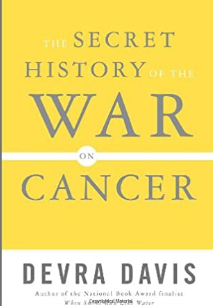 On the surface it might not look like a Dan Brown classic holiday read, but the stories and information are so amazing, it really does read like a novel.

Let me give you an example, the PAP smear test.

These days we pretty much take for granted that the PAP test can pick up pre-cancerous cells, and this has dramatically cut the rates of death from cervical cancer, but it wasn’t always this way.

At the turn of the century, cervical cancer was a death sentence.

By the time it was diagnosed, it had often spread and the symptoms of persistent bleeding, strange discharges were felt and it was too late.

The cancer had often been growing slowly for more than a decade.

In 1920, Hans Hinselmann invented the colposcope, a low powered microscope on a flexible stick that could magnify the surface of the cervix.

Doctors then knew they could visually see a healthy vs cancerous or precancerous cervix.

But then, in 1928 an enterprising Greek American researcher called George PAPanicolaou found a way to do more than just view it.

He reported that he could easily swab a few cells from the womb’s opening to reveal the cervix’s health.

“Carcinoma of the fungus (uterus) and cervix are to some extent exfoliative lesions, in the sense that cells at the free surface of the growth tend to be dislodged and subsequently find their way into the vagina”

These days, when cells are abnormal (dysplasia) they are removed before they can become full cancer.

During the 1930’s Papanicolaou continued his work and was able to show that by testing women with abnormal cells over a period of two years that these did indeed progress and they were then able to operate at an earlier time and less invasively than before, saving lives.

The screening process was even taught to medical technicians who could distinguish healthy from precancerous.

This caused quite a stir within the medical community.

Physicians at the time provided healthcare via house calls and office visits.

If they thought a diagnostic was required they and only they as doctors should be the ones to do it. The idea of lowly lab workers doing the screening was preposterous!

Surgeons fought with gynaecologists. The latter wanted to regularly observe the cervix and remove tissue pieces while the former were doing a lucrative trade in removing uteruses.

While these arguments raged on, Arthur Boyes, a physician from British Columbia, began screening a large number of women and was able to prove these saved lives.

Based on this pilot study, a government program for PAP smear screening was established in British Columbia in 1949.

Within a few decades, the rates of death had dropped by a third.

Over in Britain in 1949, we were struggling after the war, and while the PAP smear was recommended, the medical establishment felt that cancer screening would stir up “hysteria”.

One scholar reporting on this time describes: “..the men and women of the British cancer establishment conceive of themselves as managing the frequently irrational demands of a public they characterise as gullible and emotional…….popular education could only add to the economic and organisational pressures on the NHS, by setting in motion an ill-informed, uncontrollable demand that would overwhelm the services they had laboured to establish.”

The results of a reduction in invasive cervical cancer speak for themselves, as do the number of women that will have died unnecessarily. 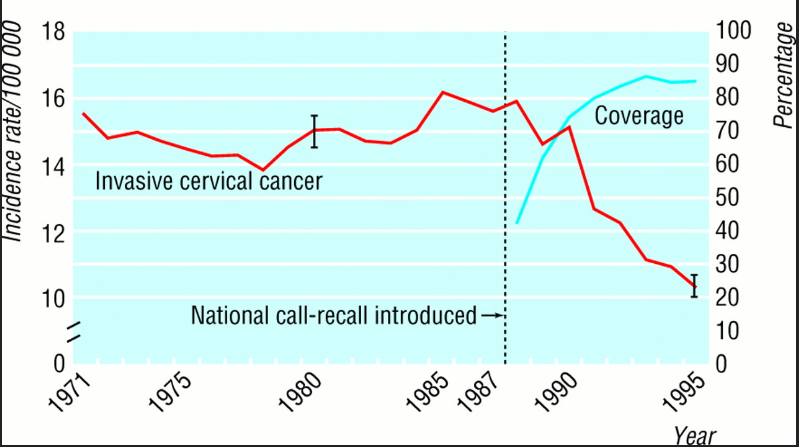 The rest of the book is loaded with incredible stories and really is worth a purchase.

– Forward this to your practitioner friends and suggest they sign up for the newsletters.