Happy New Year to you all !!

I look forward to learning more with all of you and spreading the word on why nutrition is a key component of successful Chiropractic care.

I will be talking at the Lions of Chiropractic in London on Saturday 8th February on B12 and why it could just save your life.

Plus I will be talking at the ECU in Utrecht in May and a few regional College of Chiropractic events.

If you would like me to visit your region with the College of Chiropractic (or anyone else) please give them and me an email and I will see if we can make it happen.

Looking back on 2019, I thought I would give you a few recommendations on things I have bought and loved.

Can medicine be cured? The corruption of a profession – Dr Seamus O’Mahony 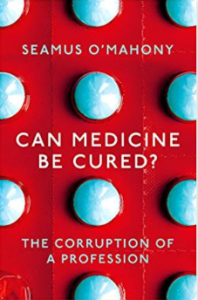 This is a weirdly reassuring read.

As someone firmly in the functional medicine/root cause/natural health camp, along with many other non-mainstream practitioners, it’s almost odd to hear a NHS trained gastroenterologist write in print a lot of things we have been saying for years.

Plus a load of other stuff that only someone who has been a Doctor since the mid 80’s and seen healthcare change for the worse can really articulate.

He is scathing about most medical research, awareness groups (aren’t we all pretty aware of cancer by now?), disease invention, medical misinformation and much much more.

A few of my favourite quotes

“We are treating, and over-treating, but not healing. After three and a half decades, I can look back with a mixture of amusement, perplexity and shame”.

“Modern medicine is a negation of health. It isn’t organised to serve human health, but only itself, as an institution. It makes more people sick than it heals”

“The founders of evidence based medicine did not foresee the sins that would be committed in its name. When clinical guidelines first appeared in the 1990’s I welcomed them as a useful educational tool. Gradually, however, guidelines became mandatory protocols. These protocols, we were told, were all ‘evidence-based’, but many would not withstand the very the beady gaze of John Ioannidis”

“although protocols are supposedly evidence-based, there is little evidence that their adoption and implementation has led to any significant improvements.”

“The idea of an individual doctor exercising clinical judgement, using unquantifiable attributes such as experience and intuition, has become unfashionable and discredited, yet it is this judgement, this human touch, which is at the heart of medicine”

“Richard Asher defined common sense as ‘the capacity to see the obvious even amid confusion’, and do the right thing rather than working to rule, or by dead reckoning’. The most powerful therapy at doctors disposal is themselves”.

Will this book actually change the way you practice?  Probably not.

But it will give you a certainty that those of us looking to improve health, are doing the right thing and even medical doctors at the sharp end chronic disease management know it.

This is actually made by a patient of mine, Thomas.

It’s based on the crystal potassium alum which is a natural deodorant, so no aluminium which what most antiperspirants are made with.

I used the plain crystal one first then I have switched to the roll on “pure armour explorer” (because I am so sodding masculine and alpha male, grrrrrrr) which has some limonene and magnesium in it and I’ve found it excellent.

I should point out I am not especially sweaty as a person, so depending on how productive your sweat glands are, might determine whether you can use the more natural stuff.

They also do ladeez versions and some unisex ones too.

These are all non-nasty with no fluoride or weird foaming agents.

With some feedback from my dental hygienist and just with changes in tooth colour, I have found the Kingfisher baking soda toothpaste the best thus far. It’s gently minty, rather than aggressively so, and has minimal ingredients. I previously used the aloedent range for years but they seemed to be less effective comparatively.

For kids, mine absolutely love the Jason kids only range.

After a bath or shower I now use apricot kernel oil on my body and rosehip oil on my face. Zero weird stuff going onto my skin and into my body. 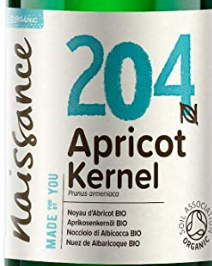 Grab some non-nasty deodorant, toothpaste, and oils and reduce your total toxic load.

Buy Seamus O’Mahony’s book and reassure yourself that medics know they are peddling a lot of nonsense information on chronic health issues.