As the lockdown continues, there is no doubt the lack of true social contact and engagement is affecting peoples mental health.

We have all felt this in some form and to some extent.

And we have a clear and obvious reason why.

So what happens if we try to chemically modify our brain to negate the feeling we are having from the lockdown?

Well, that is a very personal thing for sure.

But let’s take a scenario of a healthy 50 something-year-old woman who develops anxiety as she is unable to see her two adult children during the lockdown.

Previously no mental health issues, and crucially she has normal levels of the neurotransmitter serotonin aka the “happy” brain chemical (it is the one ecstasy/MDMA makes you dump).

But one of the frontline treatments for “depression/anxiety” is a selective serotonin re-uptake inhibitor (SSRI).

So the issue is, we have a clear social reason for the change in mental health, but a chemical treatment.

But she does not have a chemical imbalance, in fact, her serotonin levels are just fine.

So what happens if the SSRI pushes them up above normal?

That is called serotonin syndrome or activation syndrome, and it makes you very unwell.

That may be the reason why in the days and weeks after you start an SSRI you are at increased risk of suicide, and violent behaviour/murder.

However, one study from Sweden has a control period before the prescription which does seem to clarify the issue somewhat.

Others have found around 4 % incidence of activation syndrome.

One of the symptoms is extreme anxiety, which will often stop the patient sleeping.

This scenario is a real-life example of someone I know, who took an SSRI for a few days and was not able to sleep and felt pretty awful.

Thankfully she got good advice and was able to come off the SSRI and we helped her get her sleep pattern slowly back to normal.

Now in fairness to the GP, I am not sure if there is currently provision for non-pharmaceutical intervention like counselling or CBT which would clearly have been a better first option.

But the routine prescription of SSRI’s for what many of us consider normal life events and feelings has reached staggering proportions.

There is absolutely a time and place for them and I have seen excellent results clinically.

FYI – if they really are better from increased serotonin, then by definition they were low before. Consider the pathway below, how many of your patients are not eating enough tryptophan?

How many are low in the vitamin and minerals that act as co-factors? Are we ideally interested in the correction of root causes or symptom control?

Some feel they are simply placebo and not worth the risk – like Irvine Kirsch PhD. 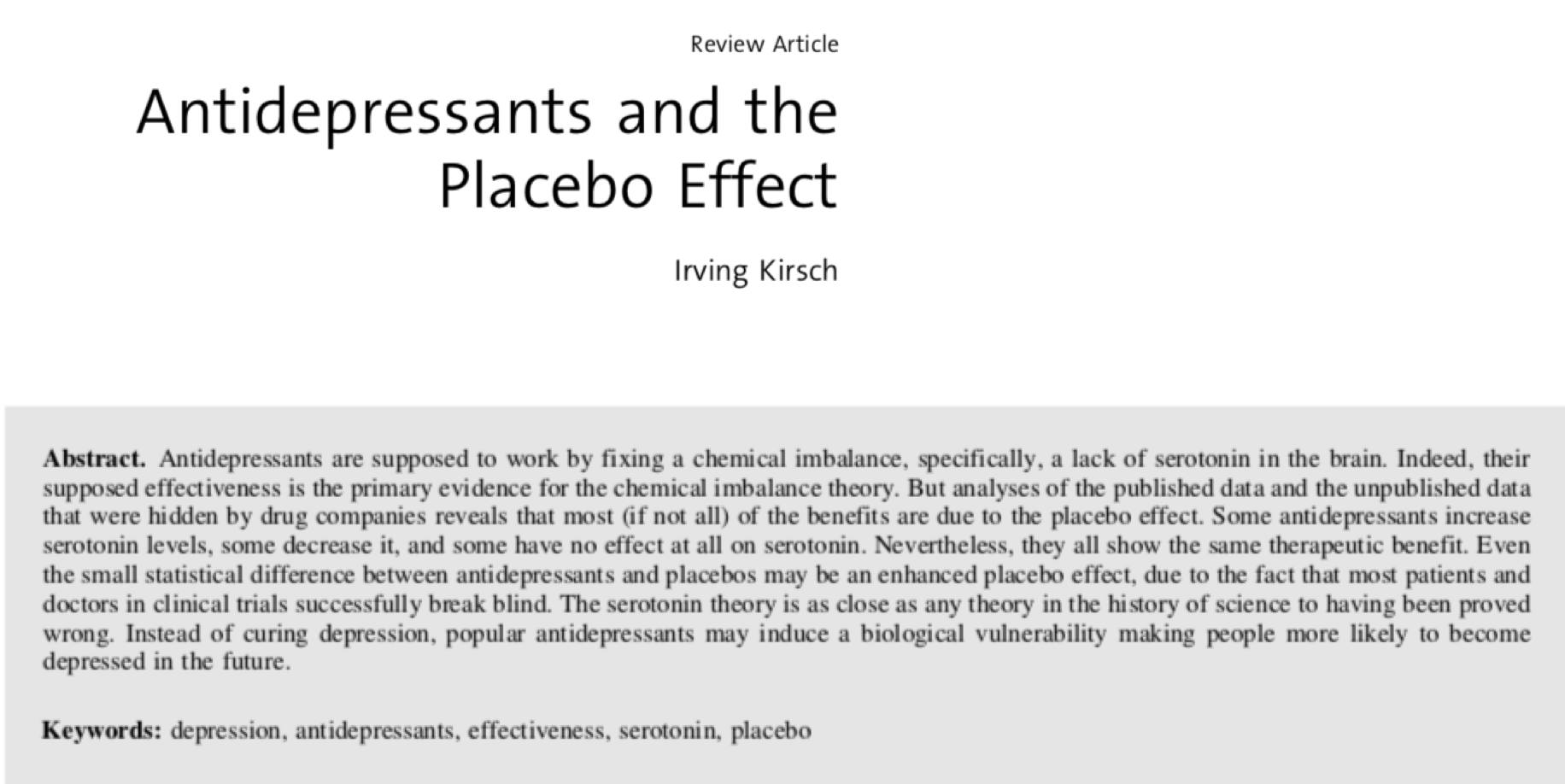 Some feel they are mild anti-inflammatories, which is why they take 4-6 weeks to really help depression (note they increase serotonin within days).

There is now overwhelming evidence that persistent major depression is an inflammatory issue, neuro-inflammation is truly the root of many issues.

Regardless, some people do feel better on SSRI’s.

I have also seen many people come off them and feel a lot better. I have often noted patients on long term SSRI’s have a slightly glazed tone to their energy and vitality.

Often they were placed on SSRI’s when they were at a very challenging time life and simply left on them.

Now in a better place, they wean off with GP support and at the end, they really do seem to perk up.

It also stops the impotence which is a common side effect and that could really make you depressed (ladies, try potting a snooker ball with a piece of rope, then you’ll understand)

So as we (hopefully) get back to clinic, keep your eyes peeled for newly medicated patients with anxiety, insomnia, agitation etc. They will often think they have to put up with it to get better (and some will have to), but for others, it simply may not be appropriate and they desperately need to see their GP (and quick GP appointments are not exactly easy to come by).

– Buy Irvine Kirsch’s book – it is quite eyeopening to read him take apart the drugs companies research. As long as they include a placebo which is a drug (not an anti-depressant) that gives the same side-effects as the actual drug being tested, patients often feel better, aka they got the placebo response because they thought they were on the anti-depressant – facinating stuff. 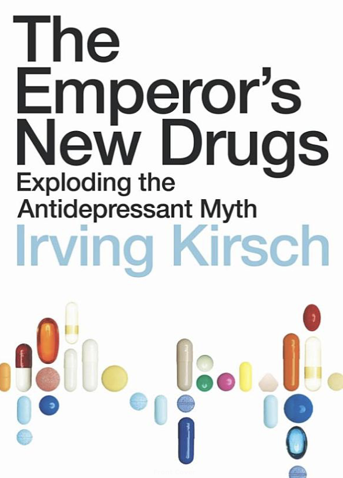 – Get your anxious/depressed patients journaling every morning and night – writing your thoughts, feeling and worries out can be liberating.

– Get your patients moving (a brisk walk once or twice daily is a good start) and doing mindfulness.