Are you wearing blinkers?​

Are you wearing blinkers?

My big hairy friend Uno is and he’s got that in common with Medics and Chiropractors alike. 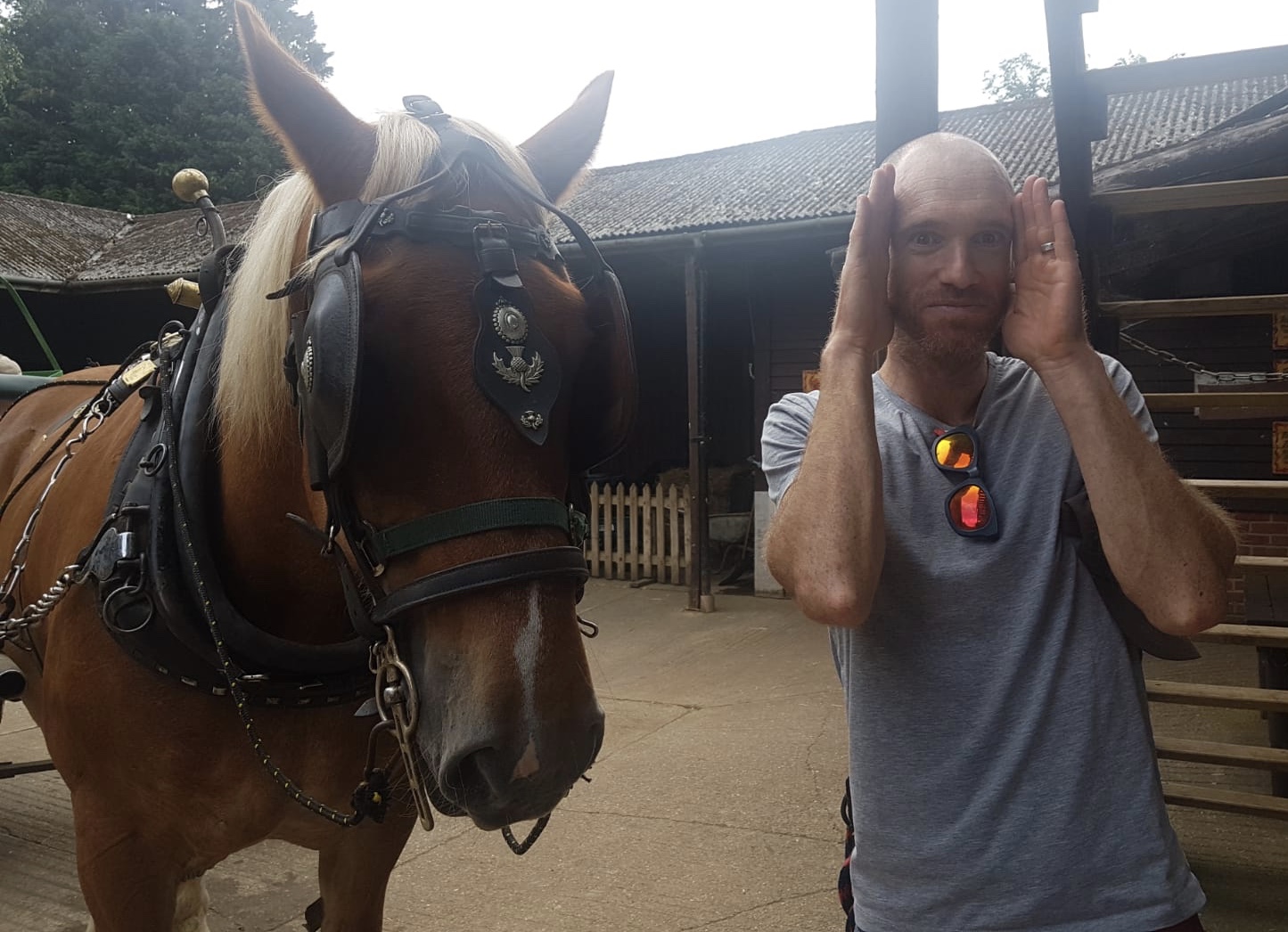 I have a theory about the IQ of medical doctors and Chiropractors.

It would be a clear win for the medical side.

And yet medical doctors (and many Chiropractors to be fair) can behave in a way that appears to be profoundly stupid.

It’s not the IQ is the issue, it’s the training, or you might say the lens through which they view that patients.

These are highly intelligent people,  who wanted to be a doctor for the right reasons, trained into a method of care that leaves them blinkered to reality.

The system they are drilled in is a simple one in essence.

They are taught to “name it, blame it and tame it”.

It’s driven by the emergency medical system. You listen to the symptoms, these should form some kind of pattern.

Based on this they will order lab tests to confirm their suspicions if appropriate.

The symptoms/lab tests are then given a name/label,  which becomes their “diagnosis”.

The flowchart kicks in and the appropriate drugs or surgery is applied to suppress the symptoms or the system.

In an emergency situation, it’s a race to the diagnosis in order to save lives and something we should be very thankful for.

This is where modern medicine works very well, but consider that the medications in this scenario is always given short-term.

If you have a blinding headache with a non-blanching rash, & a stiff neck,  you need to get meningitis ruled in or out as a matter of emergency.

The antibiotics or steroids are only applied in the short term because the meningitis itself will be resolved quickly (or you’re probably dead).

Problems arise when you try to apply the same system used in acute medicine for conditions that are chronic.

If you complain to a GP about a lack of pleasure in your life, low mood and low energy.

Those symptoms fit the pattern of “depression”.

Most common intervention for the diagnosis of depression is an antidepressant.

They are trying to suppress the symptom.

But because depression is usually a chronic, relapsing/remitting condition,  the medication will not be short-term but long-term.

This approach within medicine is so well established, so entrenched, to criticise it, is like criticising a religion.

It’s dogma passed from the higher echelons of the medical community (via the drug companies) down to the front line medics who must follow the guidelines (dogma) or face the consequences.

According to a review of statins for reduction of cholesterol in patients with no previous history of heart disease (primary prevention) they reduce overall mortality by 0%.

Many of our colleagues are suffering from a similar blinkered view of Chiropractic.

“I just want to adjust”.

Well join the club, me too, and if I can sort the patient out on their terms with adjustments only, I am very very happy to do so.

I’ve also got plenty of patients who have zero interest in changing lifestyle, taking supplements and weaning off medication.

“I’ve eaten low fat since the 1980’s and I’m not changing now”  (fair enough, she was absolutely massive by the way & in terrible health)

I don’t do nutrition for the sake of nutrition, I do it to support my Chiropractic care (when necessary and wanted).

Some Chiropractors tell me they will refer out for nutrition that’s fine, but there are two problems with this.

Number one: I don’t believe they actually do it.

It’s just an easy line to avoid the accusation they are ignoring the metabolic side of health.

Number two and more importantly, unless you understand nutrition from a neuromechanical perspective you simply won’t know when a patient needs to be referred out for nutrition.

Think about that, it’s really important.

So important I will repeat it

Unless you understand nutrition from a neuromechanical perspective you simply won’t know when a patient needs to be referred out for nutrition.

If you don’t know that statins block the production of co-enzyme Q 10, a key molecule for energy production.

Then you won’t know that the reason your patients won’t hold their adjustments or heal or are becoming depressed or appear to be developing dementia or develop neuropathy or suddenly become diabetic, is because of the statin side-effect.

So whether you want to implement neuromechanical nutrition in practice yourself (supplements, diet etc) or refer out for it, you have to have the knowledge in the first place.

For me that is non-negotiable.

Anything else is a pair of blinkers happy left on to avoid any unfortunate glimpses of the patients left in poor health as a result of your deliberate ignorance.

Core commandment 1 from the ACN system is: View the body through the TRIAD of health – Physical, metabolic & emotional.

Always view things through this “lens”. Where is the dysfunction coming from at its root?

Always consider statins as a cause of pain, fatigue and depression. Supplementation with 200mg Co Q 10 can help but not with everyone so it can’t rule statin side effects in or out.

I send patients the link to the NNT website http://www.thennt.com/nnt/statins-persons-low-risk-cardiovascular-disease/, recommend James Le Fanu’s book “Too many pills”, and suggest they consider a 2 week holiday period off statins.

I suggest they consult with their GP if desired, but also remind them that it’s their health so it’s their choice (NHS are very keen to trot out the “patient centred” line at the start of every guideline but less enthusiastic about its application with patients in practice).

2 weeks off statins will have no effect on the risk of heart disease (if you believe they are linked that is) but could be life changing in terms of establishing if they are suffering from statin myopathy.