Are you on the artistic spectrum?

My wife has a joke about our relationship that she whips out at parties and it goes something like this:

Cue laughter from people, a smile from me (just).

(She is an interior designer, so I frequently come home and find things have completely changed colour – again) 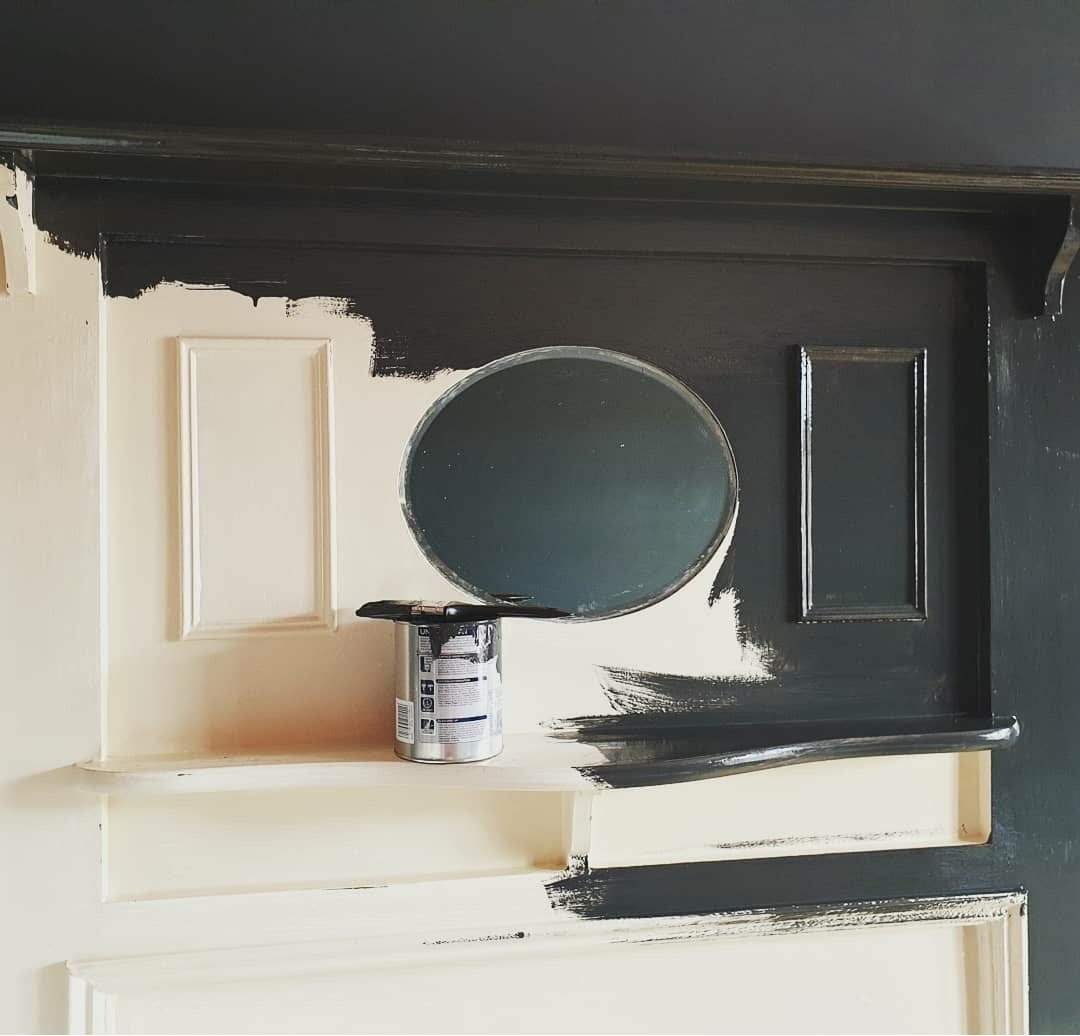 Still, my wife and I love a bit of banter.

I frequently point out that she has ludicrously stiff ears, it’s a bit like being married to a Vulcan…….without the logic obviously ;o)

For her part, she frequently refers to me as a “chiro-spactor”.

I suspect if she tweeted it, she would be hauled in front of the virtue signalling, moral posturing masses and “called out” for “hate speech”.

People are such emotional haemophiliacs these days, have you noticed?

Anyhoo……it was all banter until I put my raw DNA data through a new genetics report and out popped this. 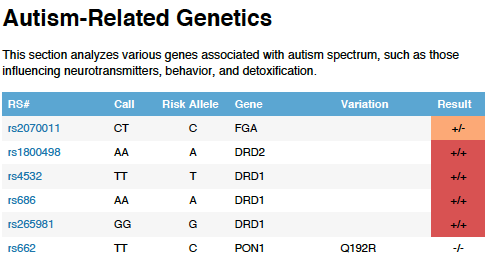 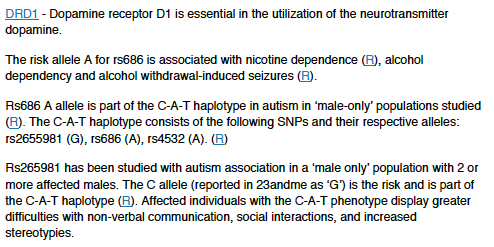 I missed it at first I was busing look at all my other defects….

But there it was, taunting me, multiple defects in my dopamine receptor.

Dopamine is part of your reward circuit, it gives pleasure.

When you have duff receptors you get less reward/pleasure for your dopamine, and this can lead to things like gambling & sex addiction, & alcohol dependency.

They are performing activities that trigger more and more dopamine release to make themselves feel normal.

Have you ever been behind someone in a shop queue and they bought a load of scratch cards?

Some of them literally cannot wait, scratching them off there and then, the anticipation of reward hanging right there too exciting not to do.

The truth is there are alcohol issues within my close family, and I have not drunk alcohol since 2011.

Frankly, by that point, my liver was in such bad shape, plus I have terrible enzymes for removing alcohol, that I was a massive lightweight.

A very enthusiastic drinker, first to the bar, but not much staying power.

By the time I had my daughter, I found myself coming home and “needing a drink to relax” on a nightly basis.

So I read a book about it all, stopped and have never wanted to drink alcohol again. 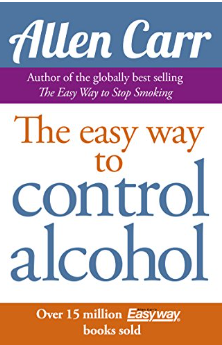 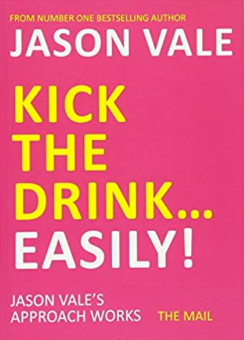 When it comes to autism, it is a spectrum.

There are so many traits for autism, and I think on some level most people could tick a few boxes (or am i just trying to make myself feel better….) 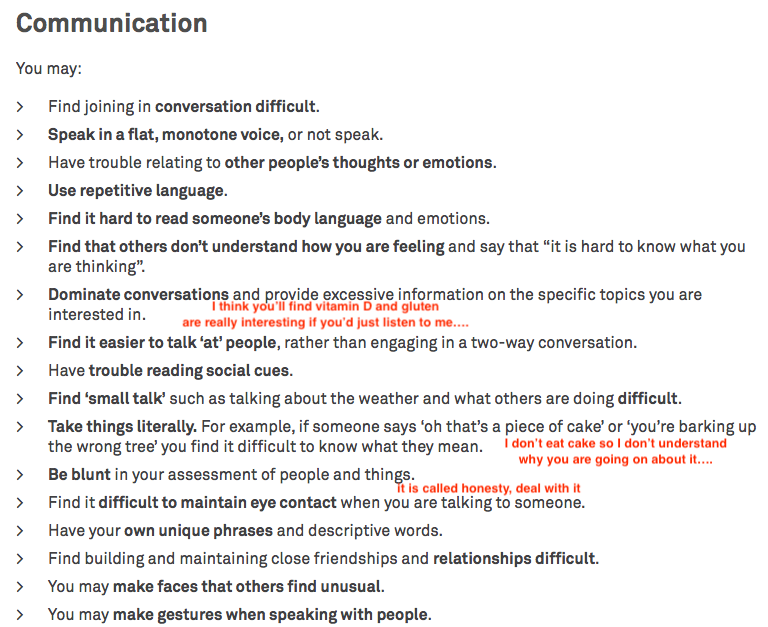 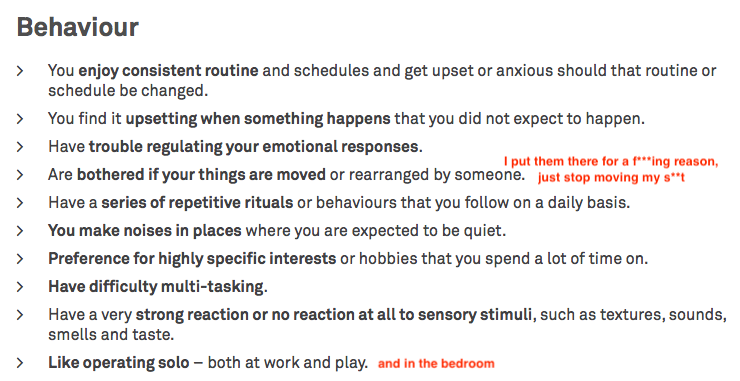 One of the core concepts in the CCCN course is:

In clinic things are not black or white, yes or no.

It is all a shade of grey (despite what the non-clinicians in their ivory research towers may tell you).

I used to believe that my patients either had an auto-immune inflammatory condition like AS or RA, or they were normal.

They had B12 deficiency or they were normal.

But this is simply incorrect.

You have some patients that are ridiculously stiff despite your best efforts and in the absence of the appropriate amount of degenerative change that could explain it – these people are usually running a sustained low-grade inflammatory response.

In NHS blood terms if your C reactive protein (CRP) is under 7.5mg/L, then you are not inflamed, aka “normal”.

But in the research, once you go above a CRP of 1 mg/L, your risk of mortality starts going up. 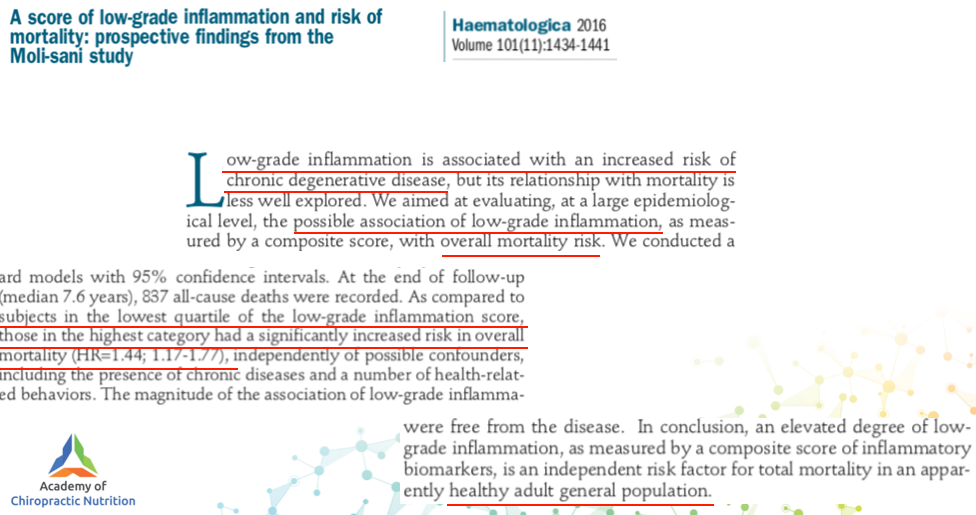 The result below is from a one to one chronic fatigue patient I am working with via zoom.

He was told it was normal, the fatigue, muscle pain and joint stiffness is all “in his head”.

– In clinic the difference between mastering your craft and being average is wafer-thin.

One of the things you can do is to recognise that everything in clinic and in life is a spectrum.

– Take a break from alcohol, it is poisonous to every cell in your body.

– Check out the books by Jason Vale and Alen Carr

Massive respect to the new members of the CCCN group, who signed up before Monday nights deadline. They have stepped up ready to take their practice to the next level.

We will open again and taking on new members, hopefully before Christmas.