All fun & games until someone loses an eye

“I tell my friends you’re the nutrition police”

I’m never quite sure how to respond to this kind of comment.

I don’t go around pointing out issues in people’s diet or lifestyle, that would be rude.

But on occasion friends tells me about a health issue they have and how it’s affecting their lifestyle.

If they are/have tried different lifestyle changes & it’s not working, I may offer some observations/opinions.

No one likes to be told they are doing the wrong thing, it subtly implies they are foolish for believing something untrue.

I try to gently explain the concepts of the issue and offer a different approach to consider.

It’s the difference between having your face pushed into your own mistakes & feeling stupid, versus a gentle awakening to another route.

You see this friend is in her early 50’s & probably weighs in excess of 20 stones.

Because of knee pain she cannot get up from the floor, so can’t play with my children.

She cannot go swimming unless they have a slope to walk down/up because she can’t climb the ladder to get out.

It’s all fun and games, right? Until she needs knee replacements, when the surgeon is going to tell her to lose weight or they can’t do it.

In clinic it’s a bit different.

They are paying you money for your advice/care, so you need to consider if they need it, want it and how best to deliver it to achieve change.

Remember Core concept 4: Everything is health (and life) is a spectrum.

Some patients are gagging for sound nutritional/lifestyle advice and ready to change (I include this question on my initial intake form).

Some are definitely not interested (they usually need more care, do less well overall and have very persistent patterns of pain and dysfunction).

And there are many in the middle who, with the right delivery, absolutely  can change.

You see 99% of your patients believe they are interested in their own health (even the smokers).

Very very few will actually say they are happy to behave in a way they know will make them ill and ultimately cause them suffering and an early death.

This would make them “wrong” not to mention stupid.

So they have a self image of a person that is “healthy” (or at least trying to be) and they believe their behaviour reflects this.

This makes them “right” and sensible/intelligent.

But it usually doesn’t.

The vast majority of your patients are behaving in a way that is detrimental to their health.

Now a lot of this is gross ignorance and misinformation.

Low fat food, makes you ultimately fatter, we know this from the research. Plus if low fat food really did make you slimmer, why are they all still fat?

Some of it is an abdication of responsibility of their health. Bad health is simply bad luck and its’ the NHS’s responsibility to sort them out once they have a “disease”.

Showing them the truth can create internal conflict for them.

And it can be stressful and upsetting.

They hold a belief & self image they are eating “healthy” but their behaviour says the exact opposite – this creates an internal conflict of who they are.

Have you ever watched “secret eaters” on Channel 4?

And revealing how many people are in utter denial about their own behaviour.

They will routinely say at the start things like:

“it’s literally a mystery why I’m as big as I am. If anything I undereat”

“for lunch I eat salad” (salad is the socially acceptable thing to say you eat if you are obese – it’s low in fat isn’t it?)

They then usually cut to a secretly filmed video of them eating an all day breakfast foot long baguette, accumulating 1000 calories or 12 roast potatoes “sunday is my best day, I eat lots of veg”

Check out my favourite episode

So pick your audience & be gentle in your delivery.

If they feel foolish they are likely to strengthen their resolve to continue the same path to avoid the pain of cognitive dissonance.

Check out “Mistakes were made but not by me” – by Carol Travis, it’s a fascinating book packed with bizarre stories of intelligent people behaving in very stupid ways to avoid cognitive dissonance. 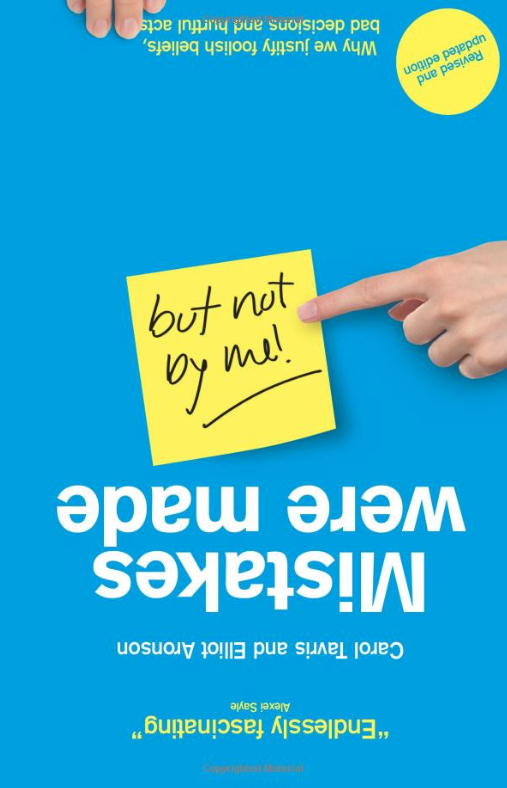 Maybe you need to sow the seed and let it germinate once they trust you a little more.

Patients tend also to focus on the issues now, not way into the future which doesn’t seem real or tangible.

Remember in a previous newsletter we talked about asking patients to consider where they will be in ten years time if they carry on as they are.

Ten years is close enough they can imagine it well, and we can ask them to remember how their health was ten years ago (Core commandment 12: Patients have short memories – you need to remind them).

The ten year rule gives you and them some leverage to start change.

Helping patients make lifestyle change is a key part of what I consider to be wellness care.

After the fun and games end and they do lose an eye, it’s not funny anymore.